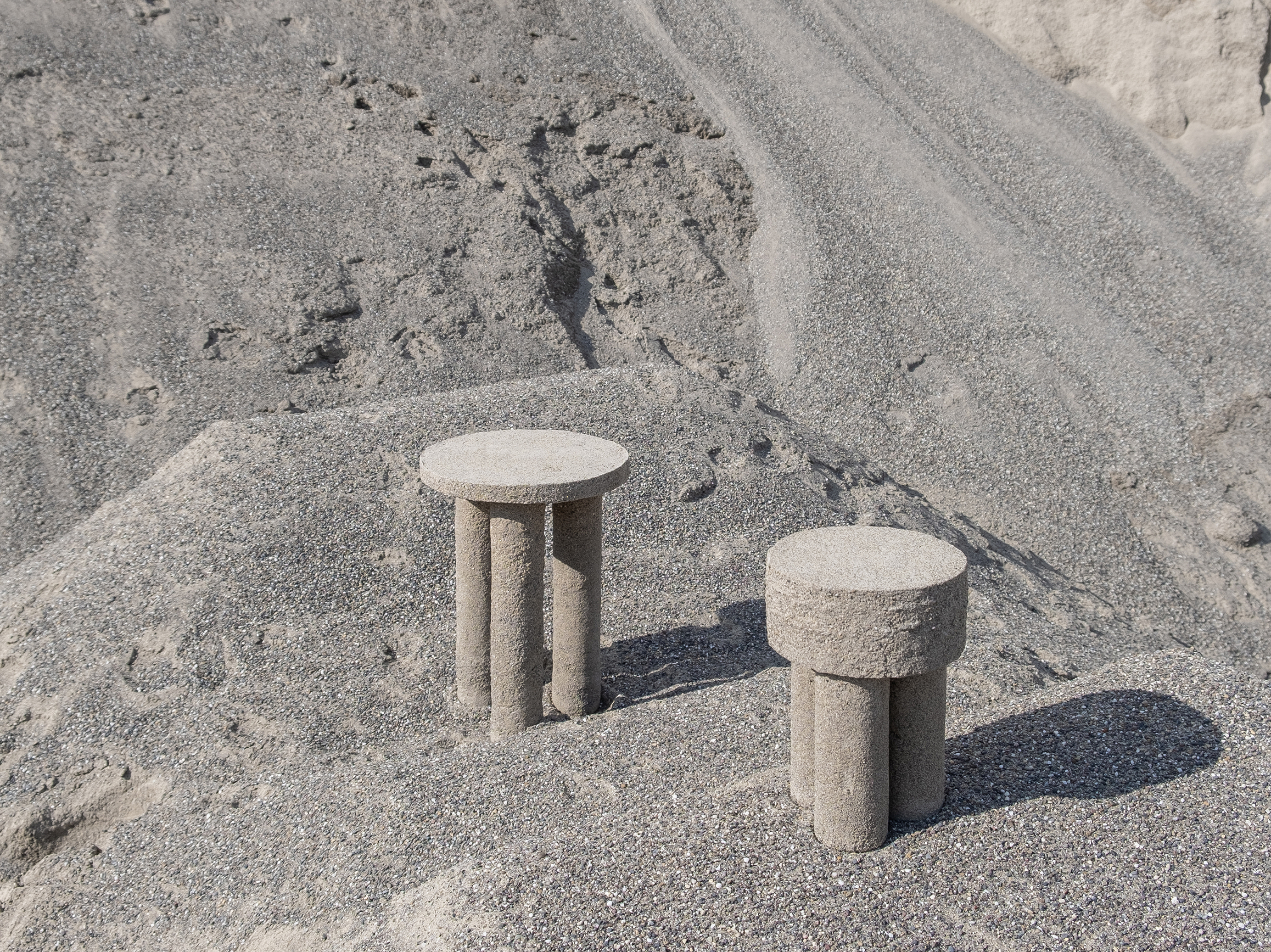 Thanks to Schweizer Saline and KIBAG for their contributions.
Ocean Articulated is a geomorphological investigation into material cycles. It delves into the origins of materials, from the remnants of ancient oceans, and examines how those materials are used today. With this appreciation a new material has been developed as a result of the reaction between dissolved salt and a combination of natural binder and sand.

The project offers a new perspective on time and permanence; the origin, lifecycle and disposal of materials; as well as experimental processes focusing on qualities of raw materials. 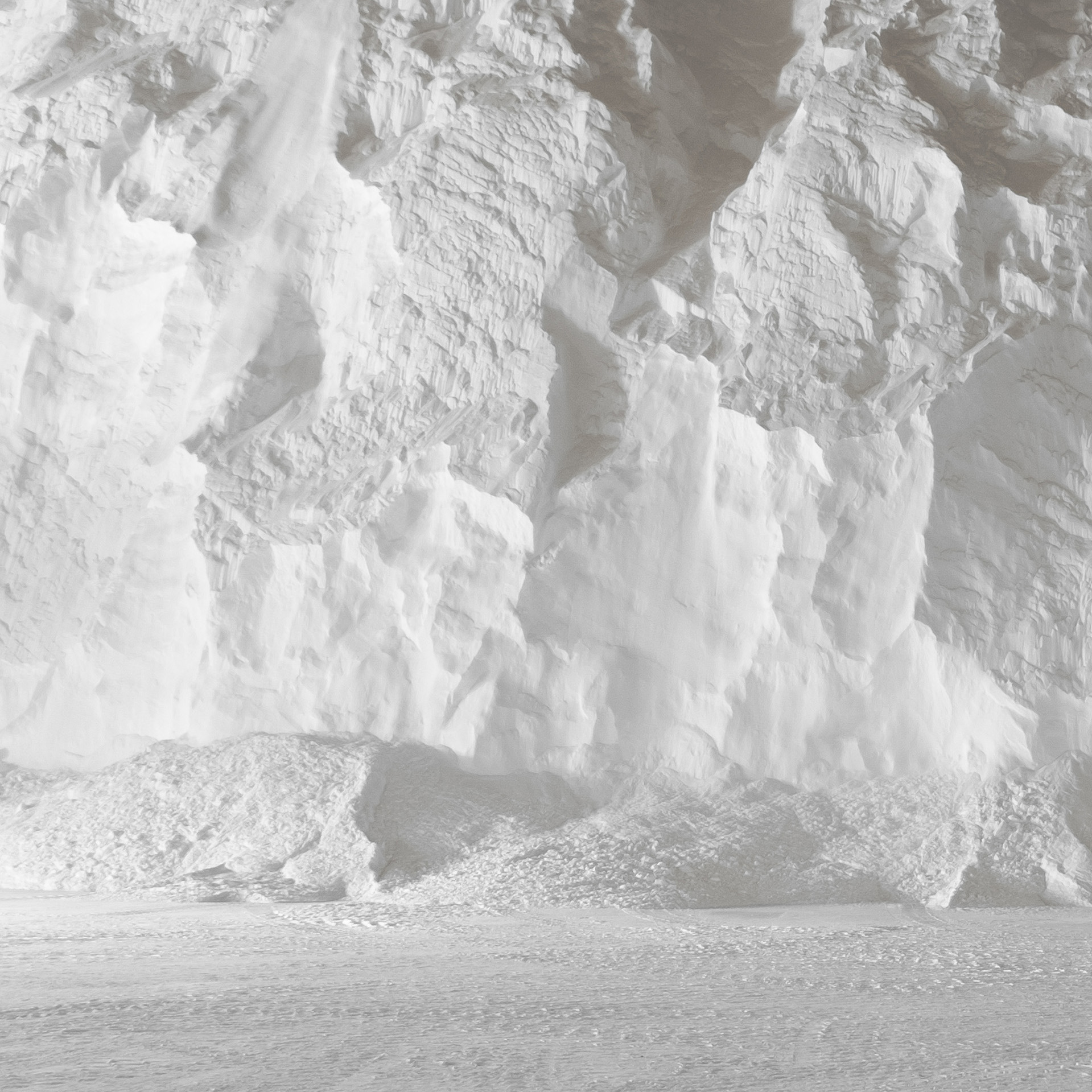 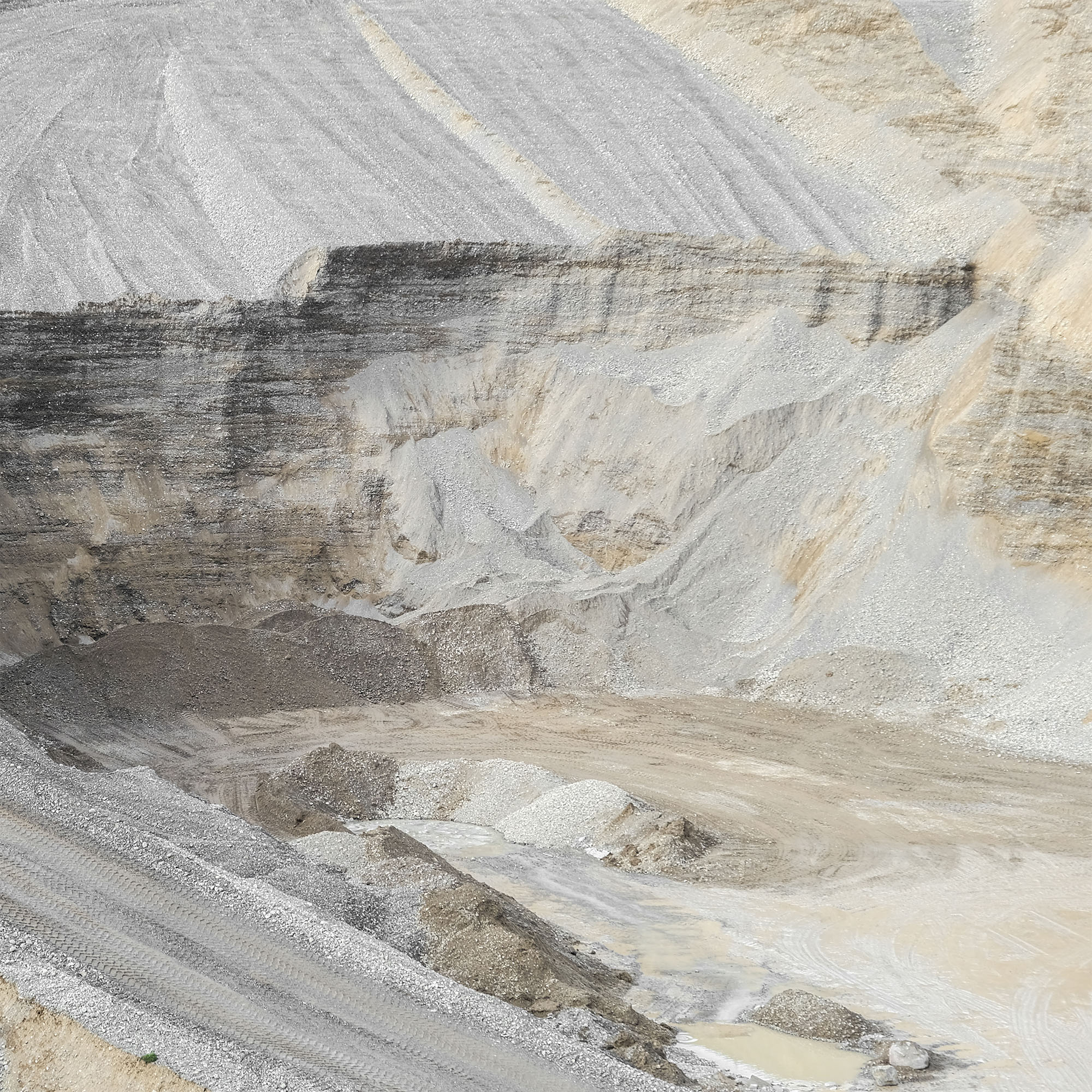 Since the earth was formed 4.6 billion years ago, the raw materials NaCl (salt) and quartz (sand) have been a part of the environment as primary raw materials. Salt is abundant on earth, in fact that there is 70 billion tones of salt dissolved in the ocean and 2-4 trillion tones as halite (salt rock) in the crust.
‍
Dissolved salt reaches the rivers from land through rain and weathering, and ends up in the ocean with rivers. When the water evaporates from the ocean, the ocean becomes saltier and the salt starts to crystallise and sink to the bottom. If a sea completely evaporates due to geological or climate change, a solid salt layer stays on the surface. Over time, the salt layer can be covered with eroded material and sink even deeper into the crust.
‍
Sand is a collection of rock fragments, chipped away by eons of erosion in the mountains and deposited to lower lands. Sand is usually found together with gravel and stones, so-called aggregates.
‍
Salt and sand are raw materials which only change in millennia to millions of years, except the gravel deposits in river beds and deltas.
Salt rock was created as a result of the evaporation of the prehistoric ocean that was covering northern Switzerland around 250 million years ago. The largest Swiss salt resources is found underground along the High Rhine and in the Bex area in the south of Lake Geneve. Today, salt is extracted at three locations in Switzerland, which are operated by Schweizer Salinen AG and cover Switzerland’s demand with 400-600 thousand tons of salt every year. The current resource will be available for several centuries more. Salt production takes place underground and is hardly noticeable on the surface of the earth.

The situation is different with the extraction of sand or aggregate. Around 600 gravel pits are currently excavating the surface and are temporarily upending the landscape, which makes up approximately 75% of the mineral extraction in Switzerland and it is the most important group of usable rocks.
‍
In spite of the large amount of resources, aggregates are imported with great effort, since the available mineable reserves are reduced by “environmental protection concerns, settlement construction, forestry and agriculture. „ 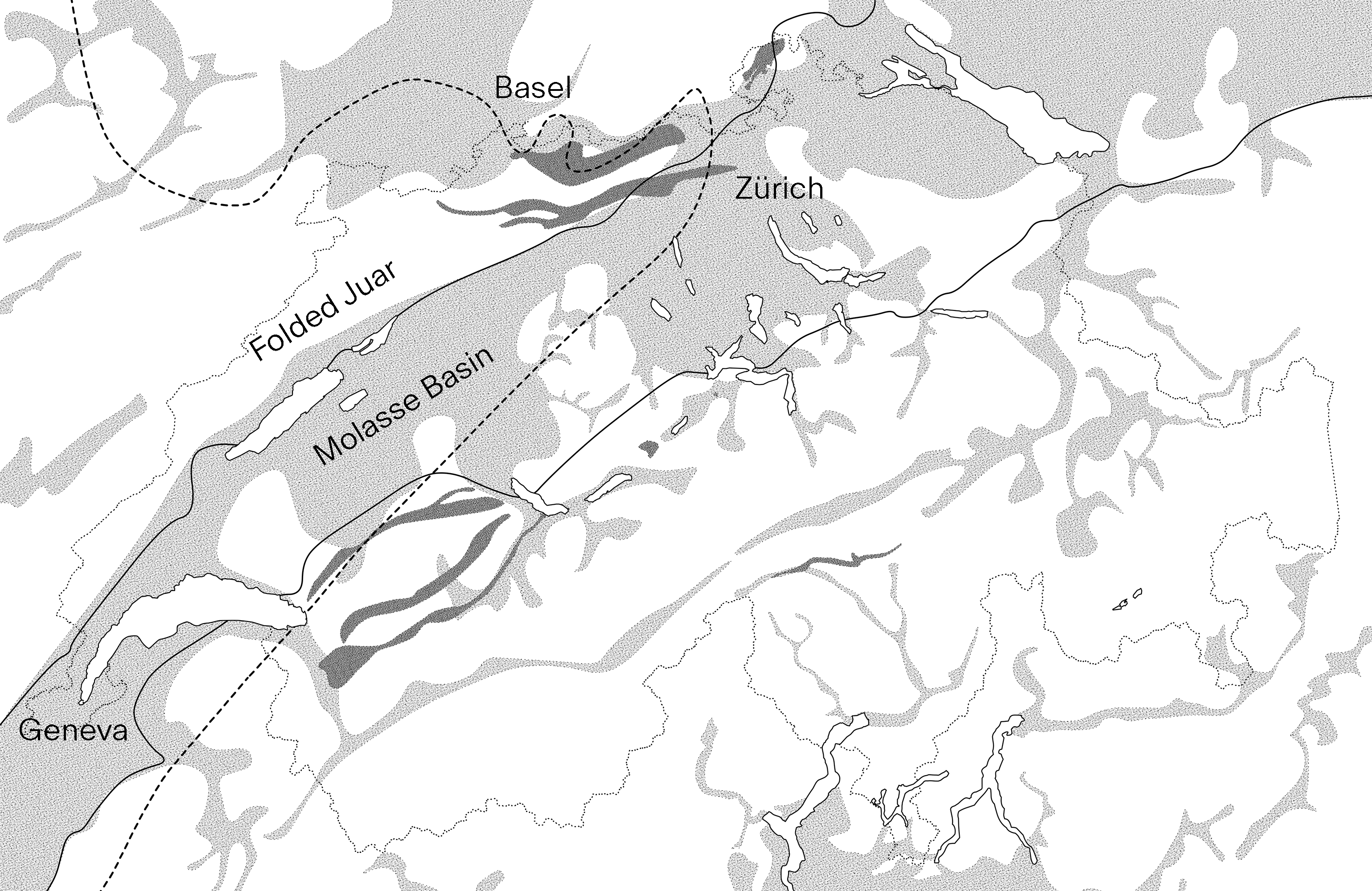 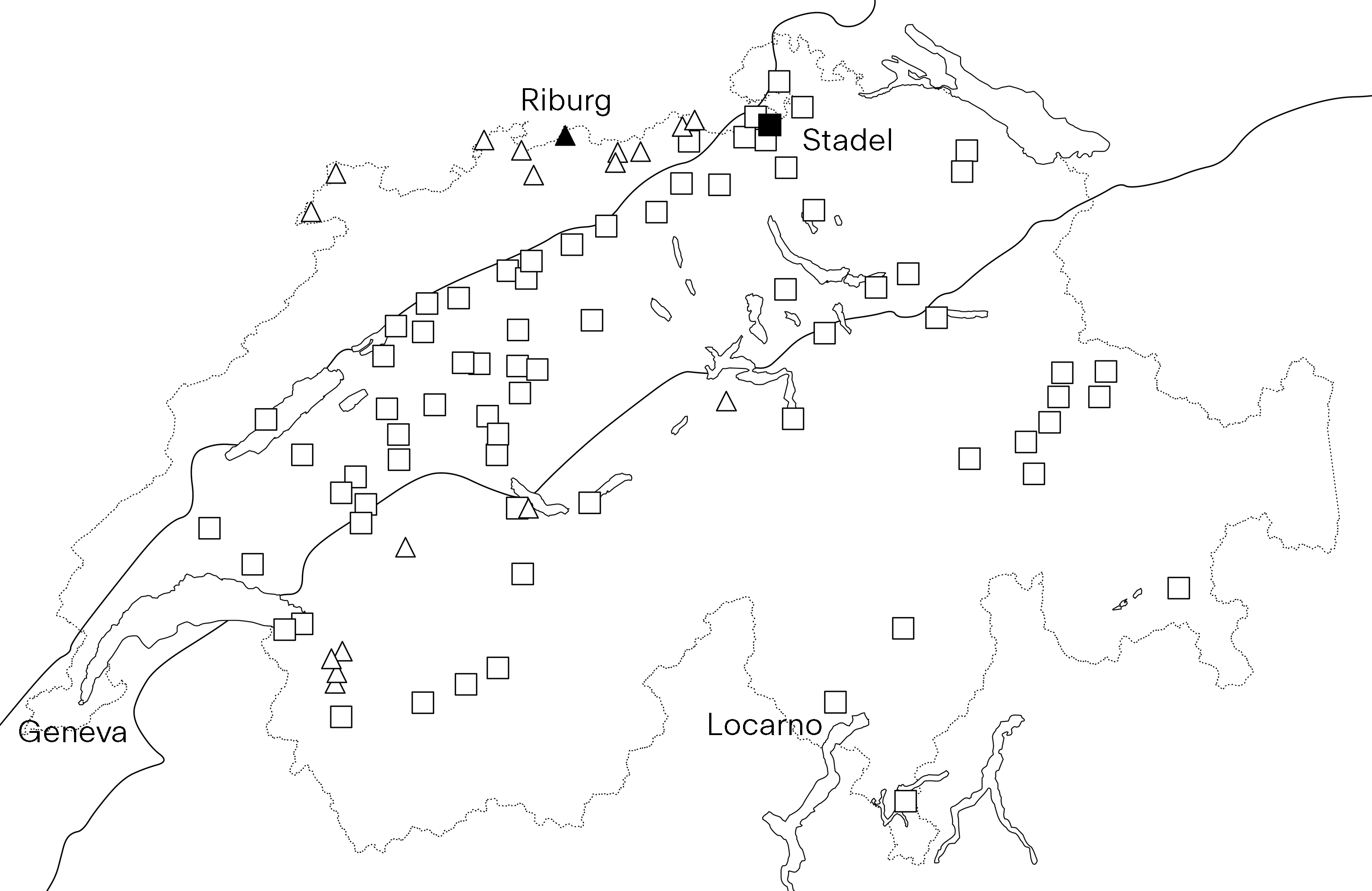 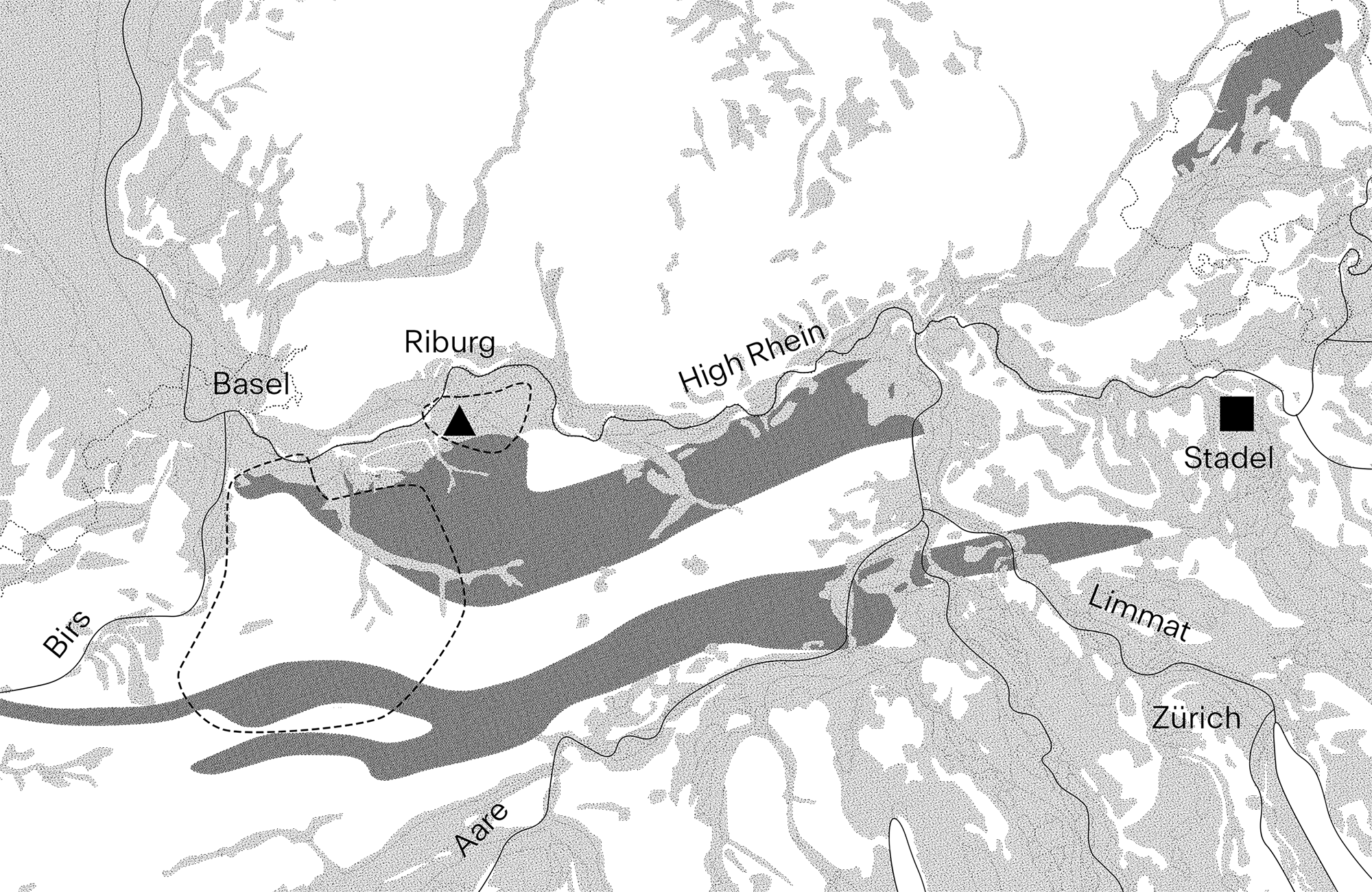 Ocean Articulated focuses on the region along the High Rhine, where the salt is found at the depth of around 150 m and large quantities of sand that can be extracted down to 40 meters from the surface. These raw materials can be extracted on site without underground mining and negative effects on river dynamics and their ecosystems. 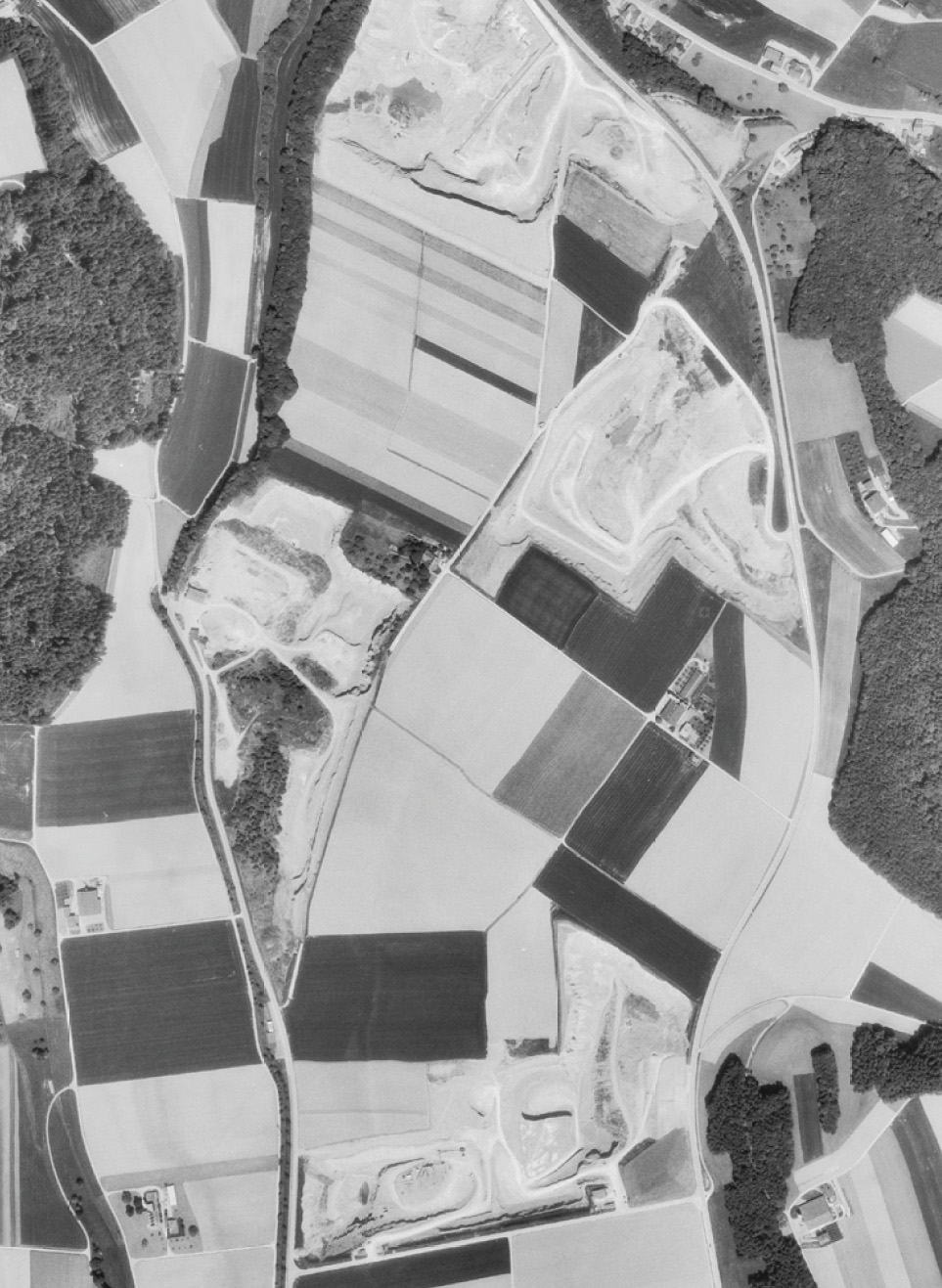 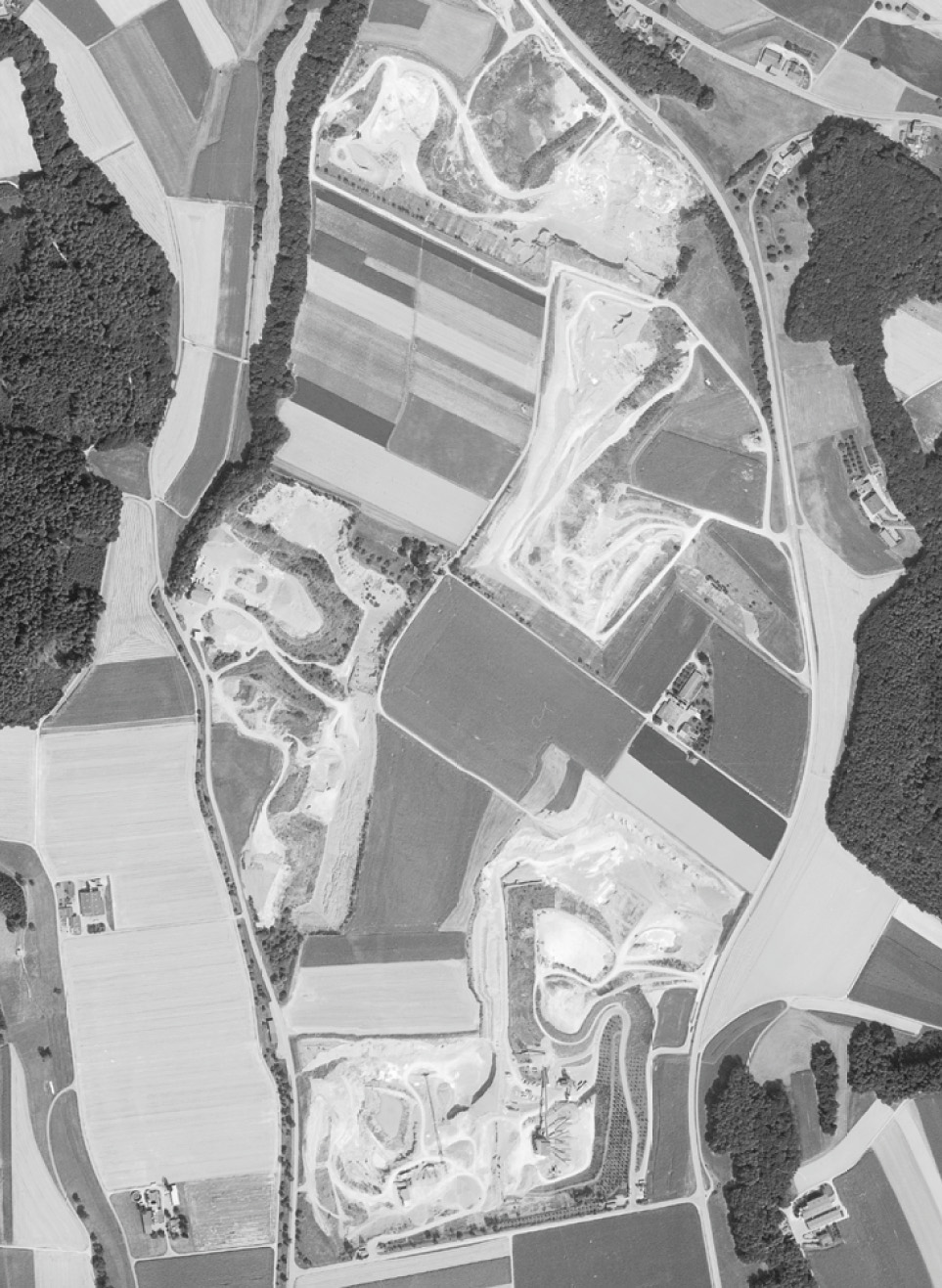 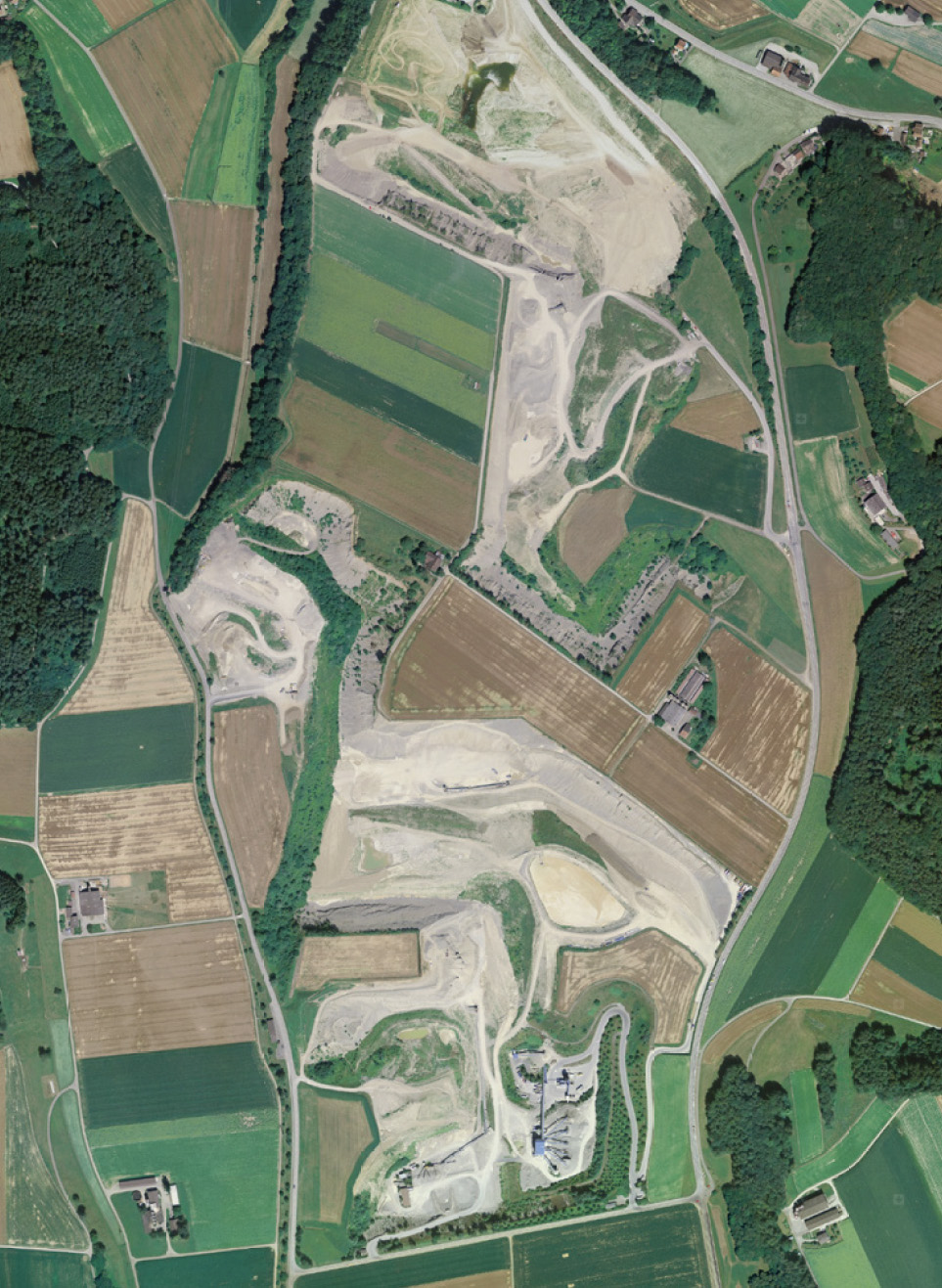 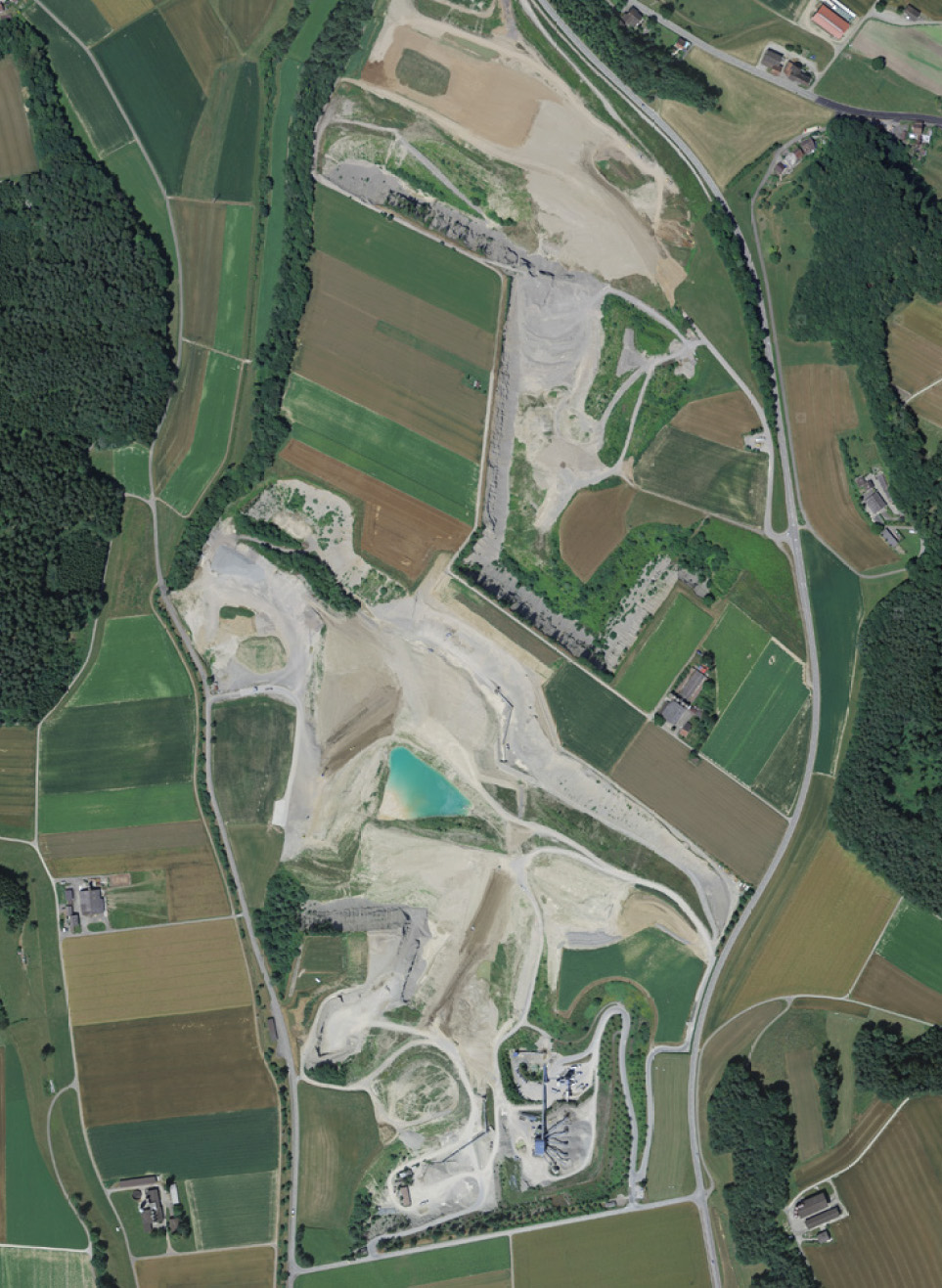 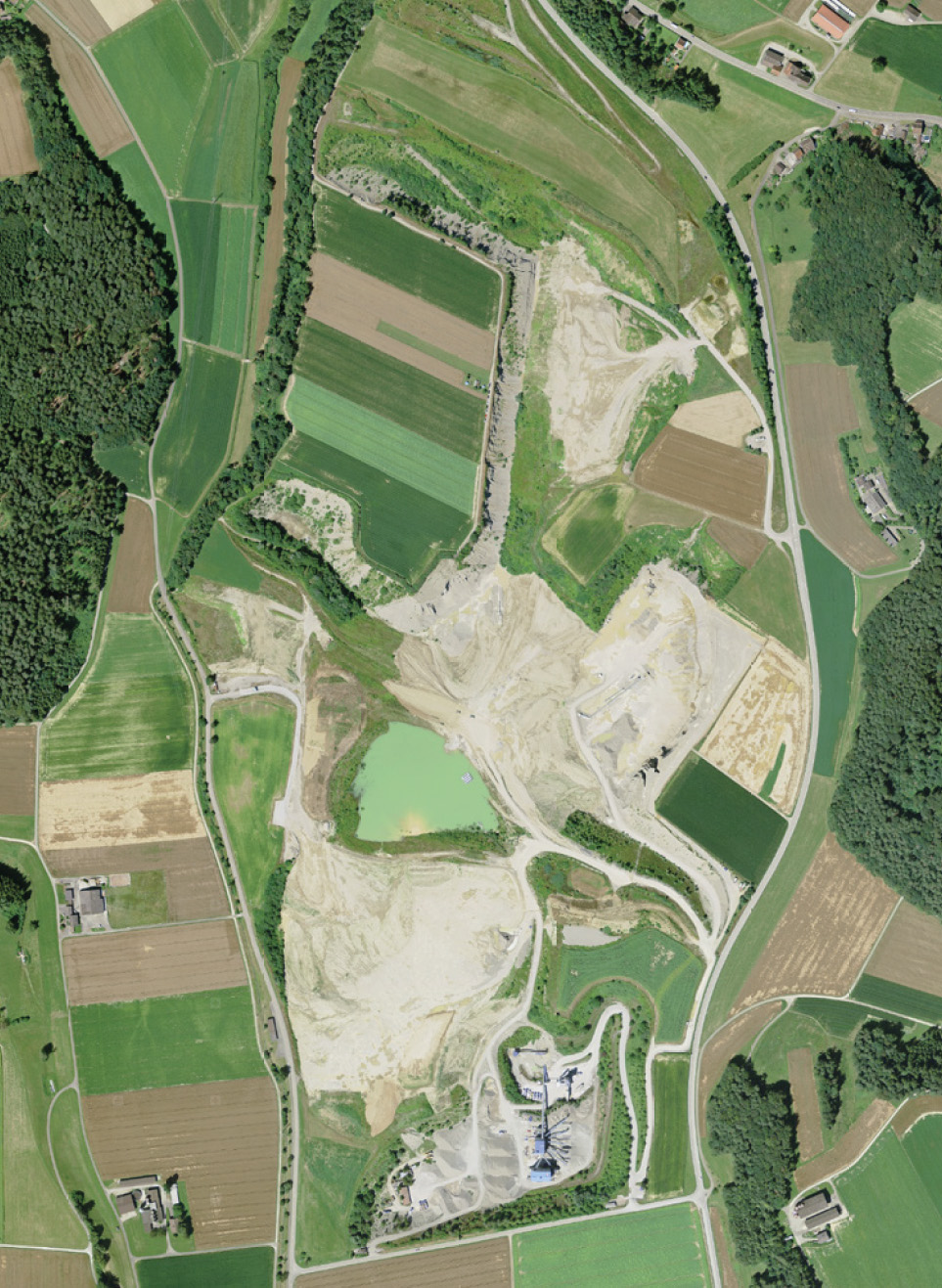 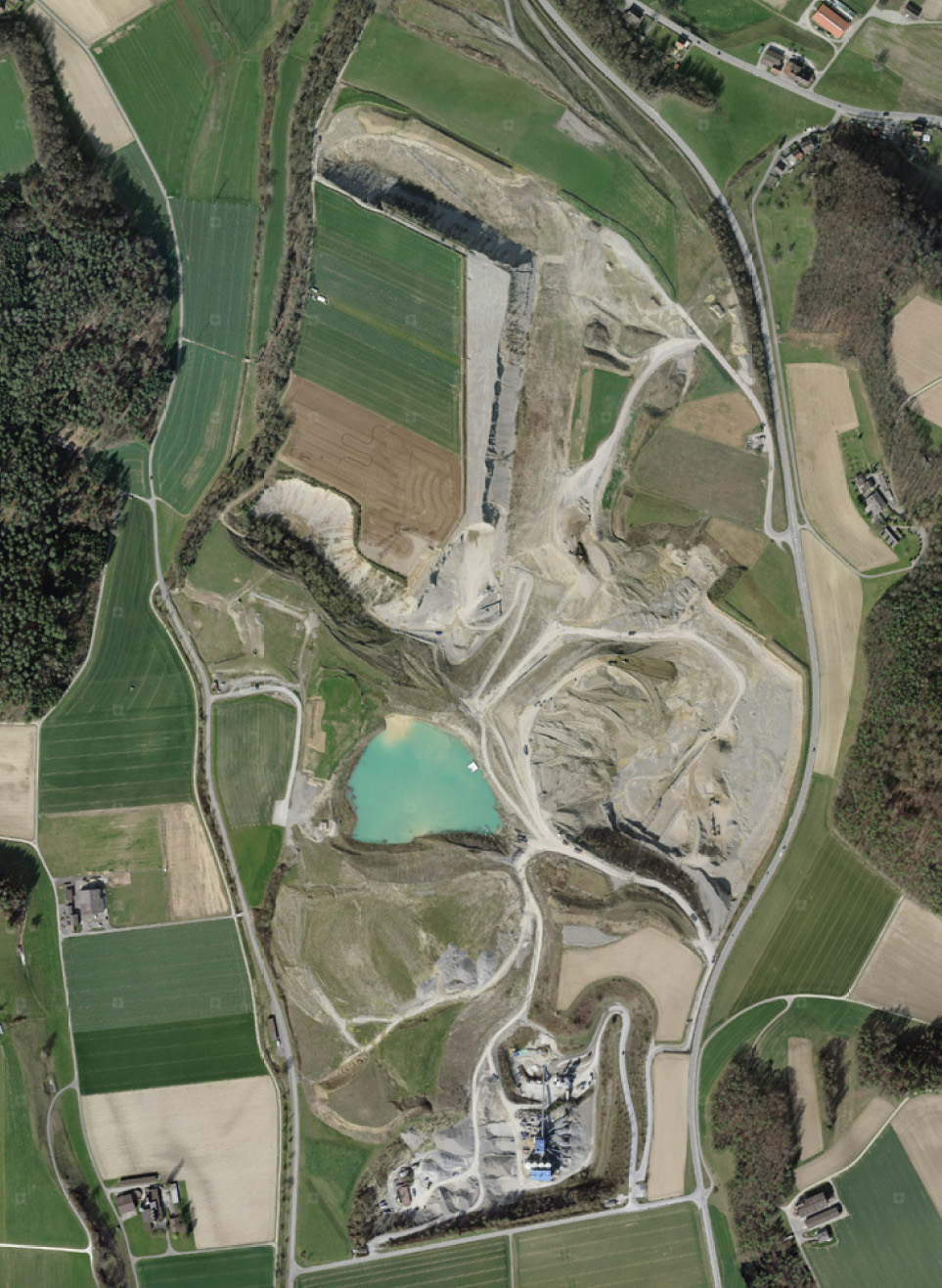 The above-average occurrence of gravel in the area of Stadel is related to the past ice age expansion 25’000 years ago, where the ice reached Stadel and a large amount of sediment deposit took place. The Stadel quarry of KIBAG is situated in a glacial valley (Windlacher-Feld) and is among the biggest quarries in Switzerland.
‍
Before starting the gravel extraction process the top-soil, which includes living organisms, is carefully removed from the extraction area in placed near the site. The gravel is extracted with high-pressured water or digging machines and ends five meters above the ground water level. After the gravel is taken, the empty space is filled with rubble until it reaches the initial level or sometimes a newly shaped landscape. The filling ruble does not contain any contaminated material and it is strictly controlled. The cycle will be closed again after covering the compressed rubble with the living soil.
‍
The raw extracted material is transported by conveyors to the gravel plant on site, where it is filtered and washed. The same water can be used many times to wash the gravel.
The main use of gravel is concrete manufacturing, however the sand can not be separated from concrete due to the chemical reaction of the cementation. The gravel is transported via trucks to where it is needed. Since it is a very heavy but cheap material, shorter distances from quarry to site are optimal to avoid high transportation costs.
‍
Due to rapid morphological changes gravel pits can become pioneer habitats for some species of plants and animals. The ecosystem of gravel pits resembles an ecosystem of wetlands and they are crucial to the survival of some species of birds, frogs, crickets and dragonflies. Gravel pits are one of the few areas in Switzerland for such species called primary plants which only live on dynamic landscapes such as volcanic landscapes or wetlands. Since there is no volcanic activity in Switzerland and the landscape is very stationary due to agriculture and urban areas, wetlands and gravel pits are important for conservation of those species. 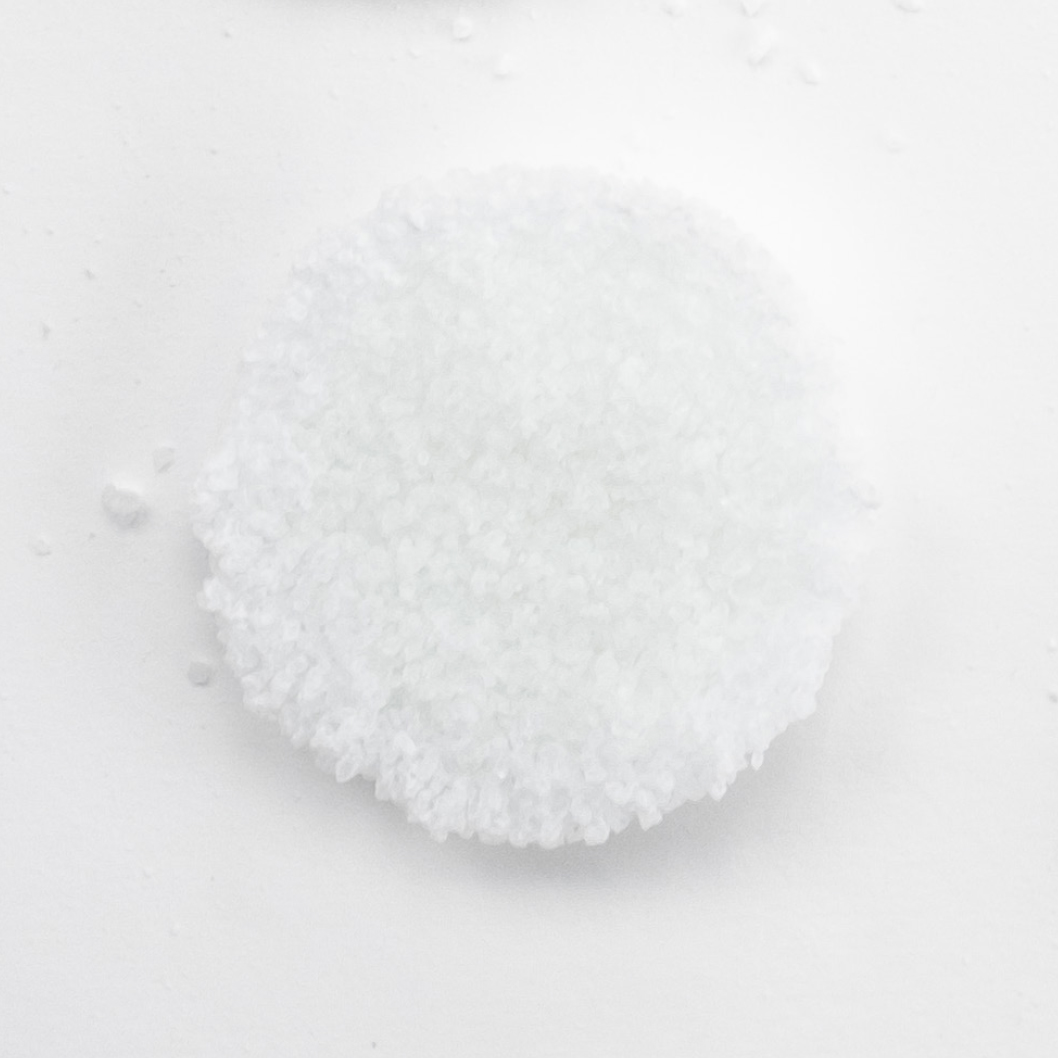 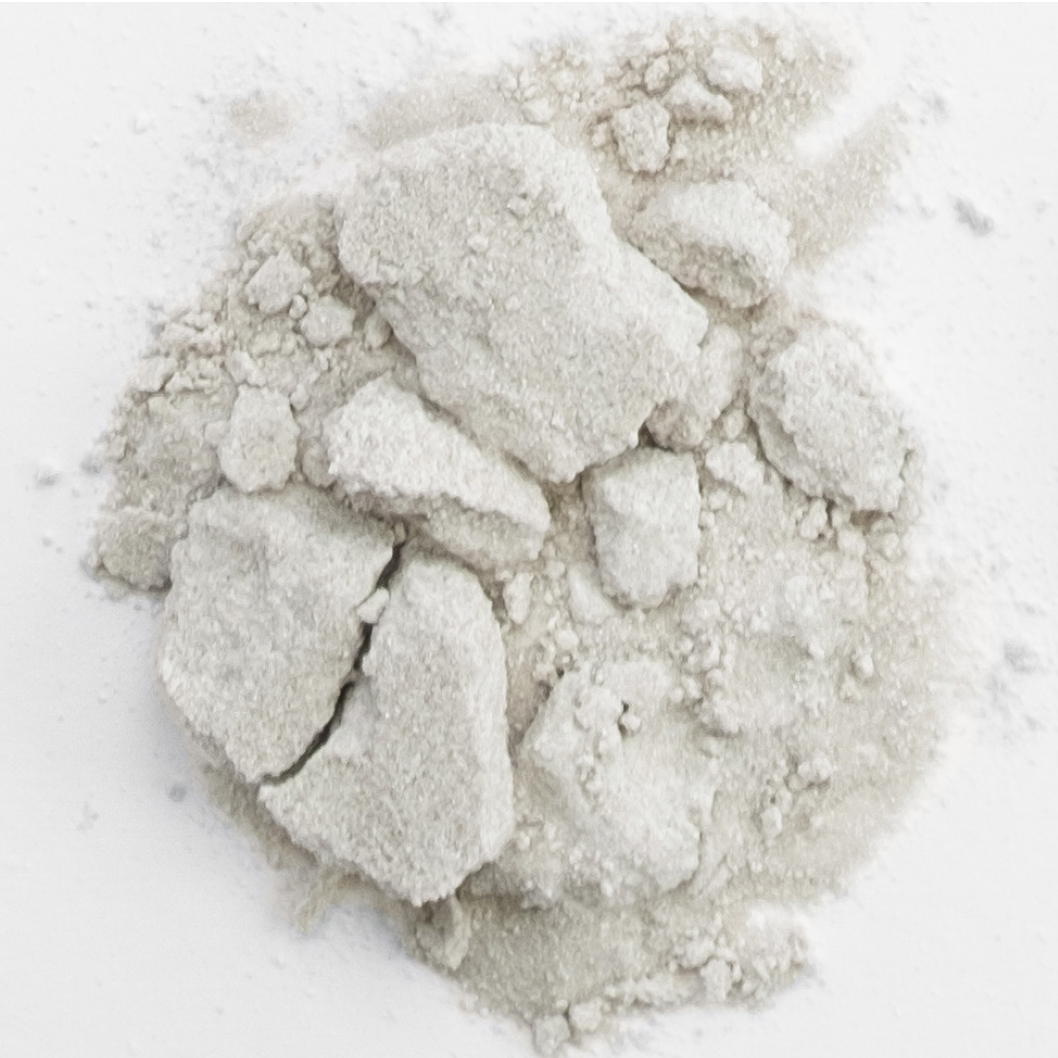 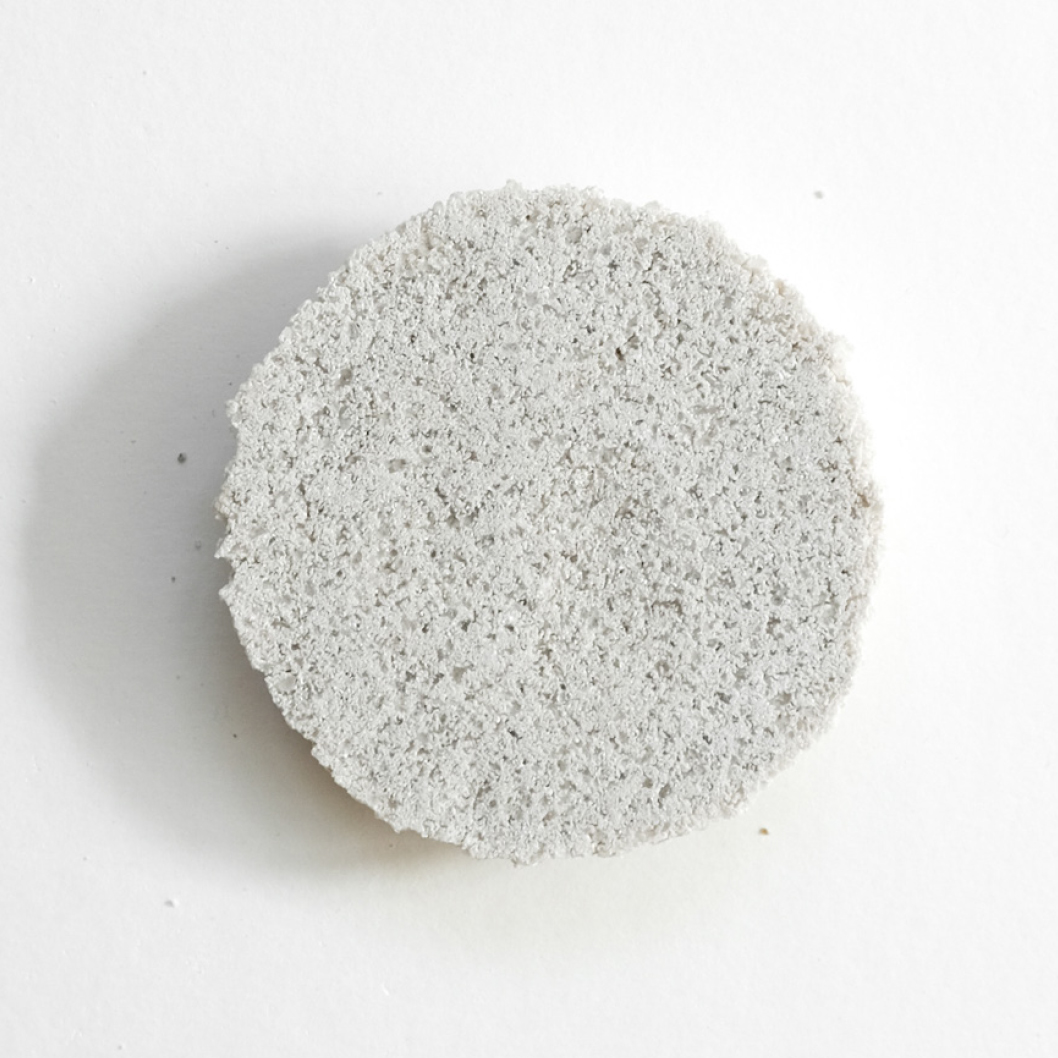 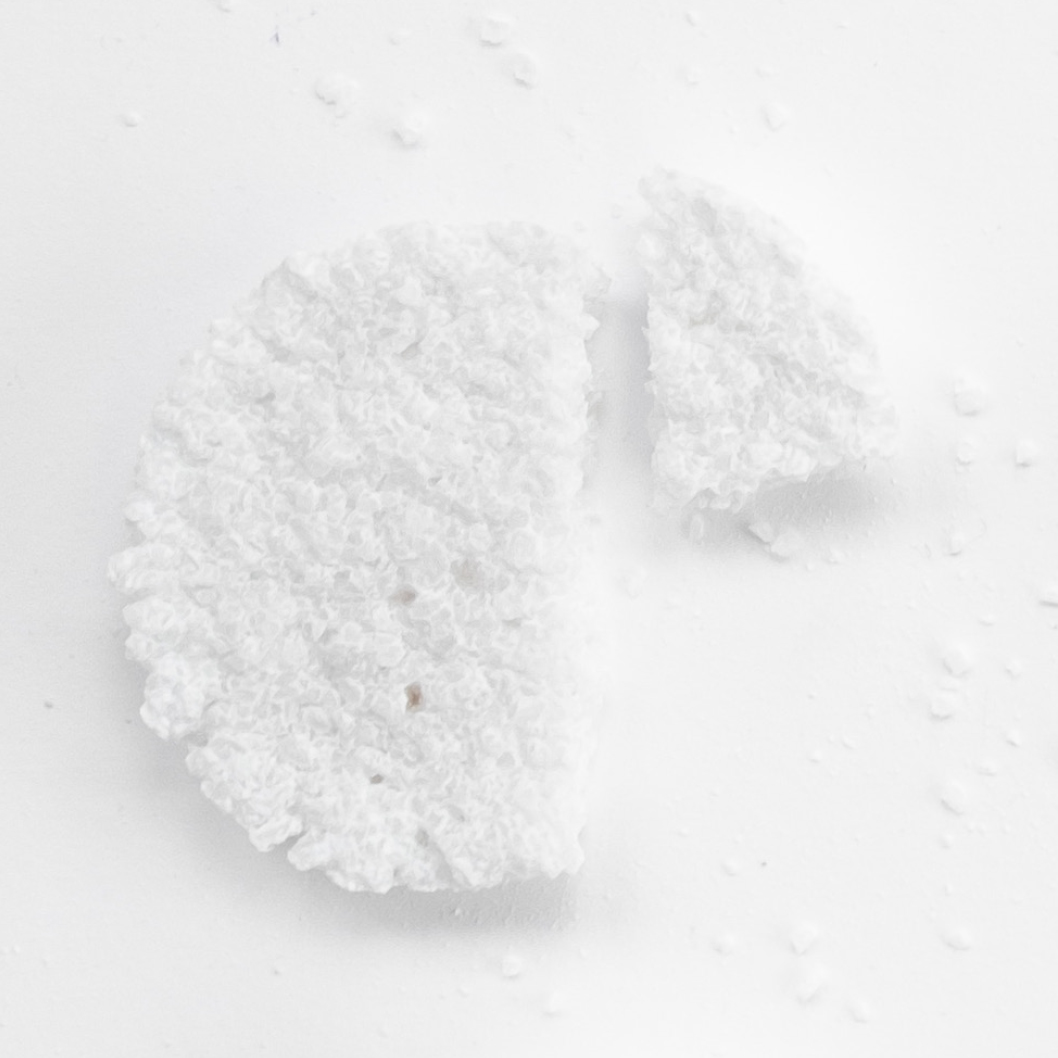 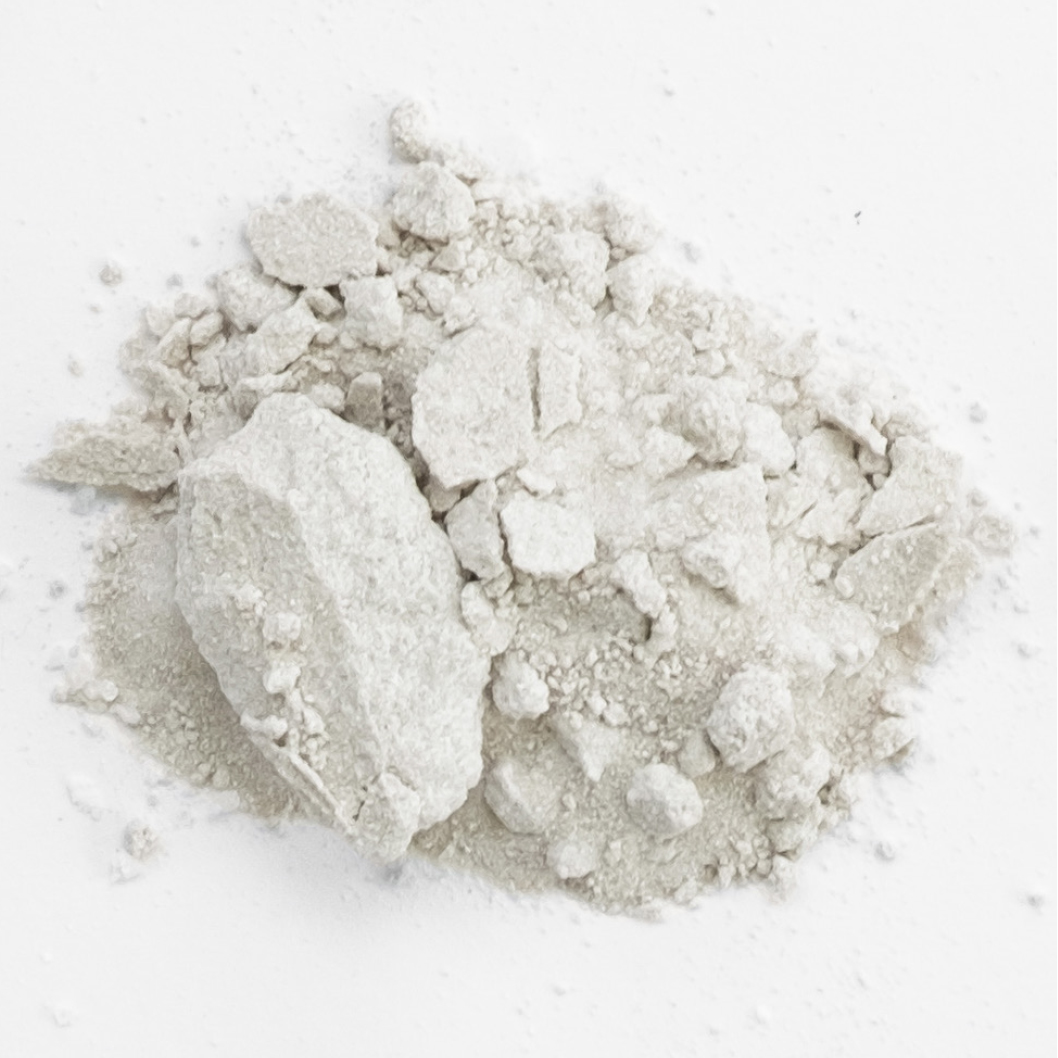 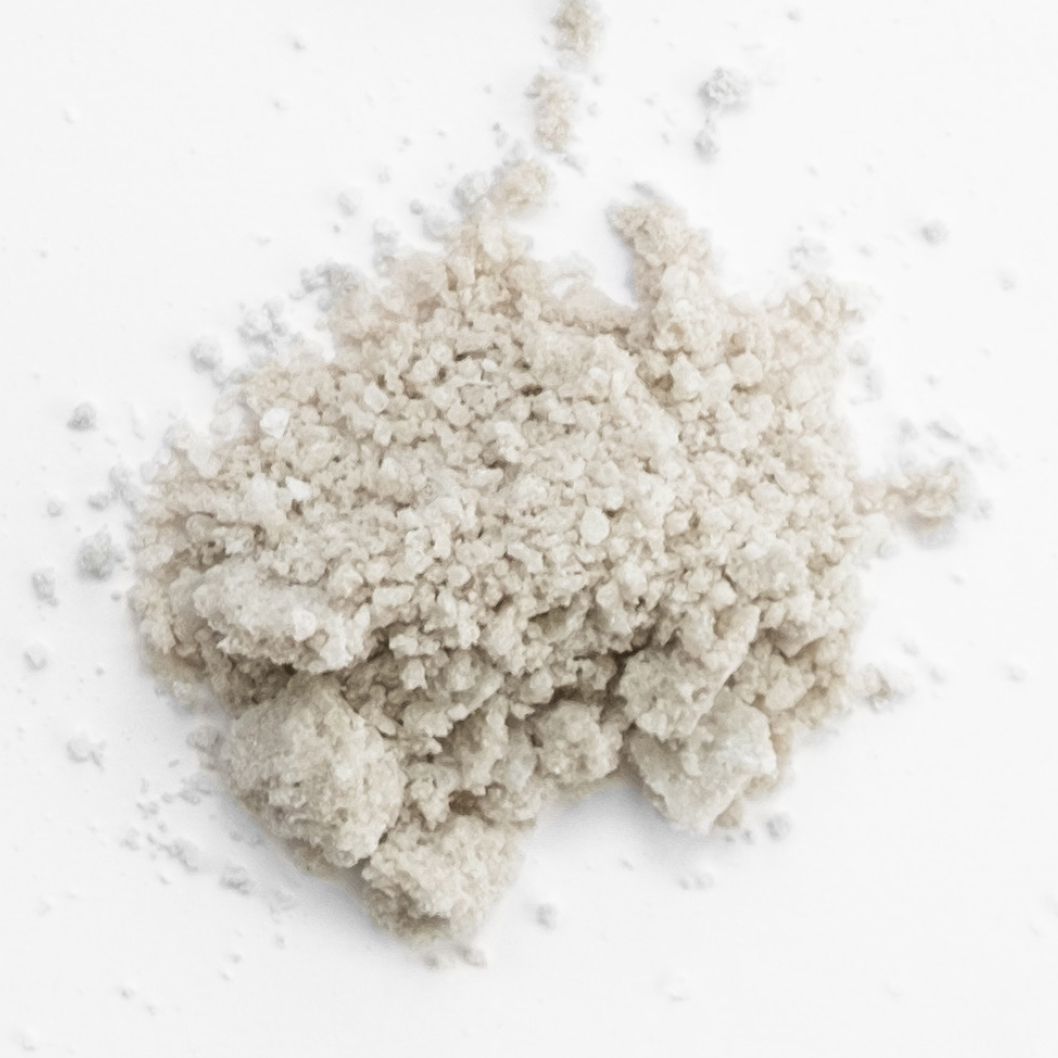 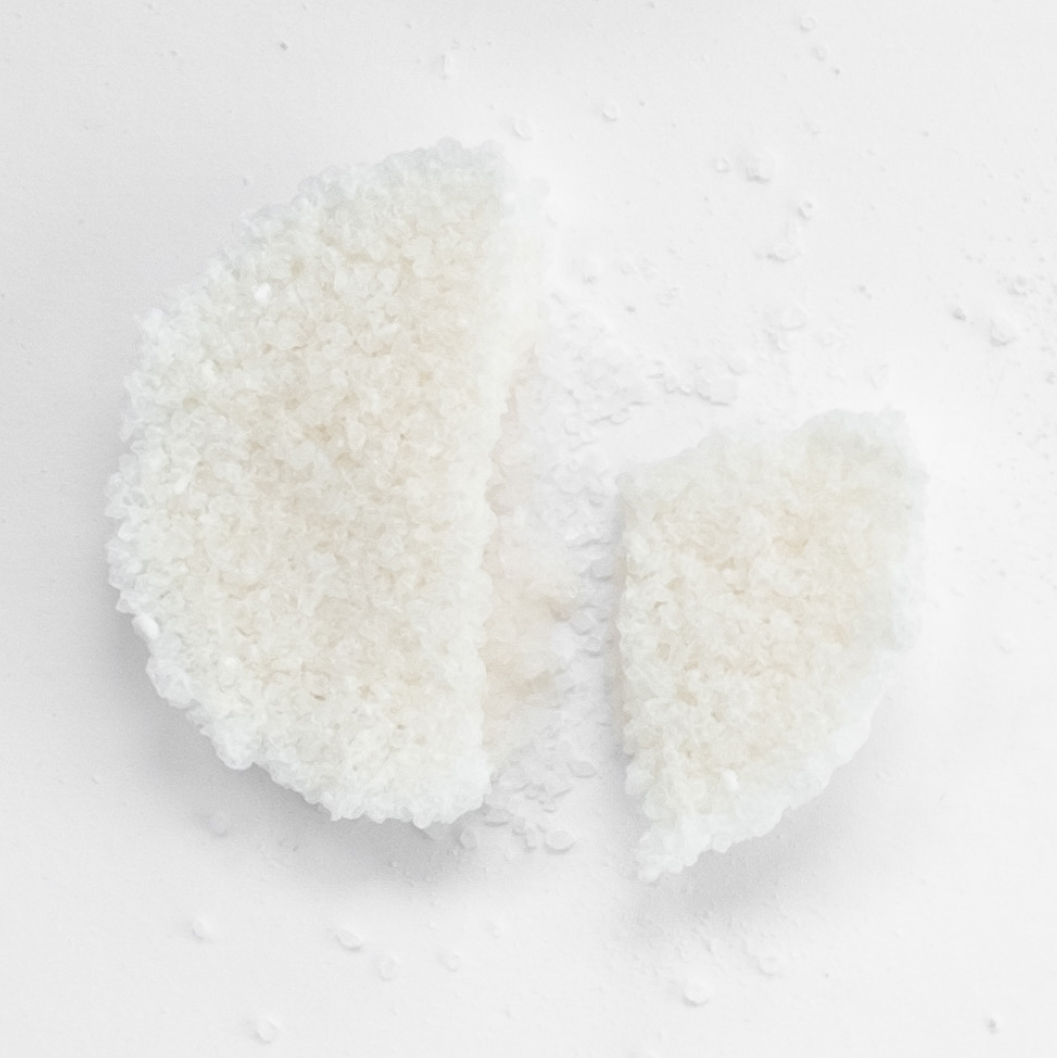 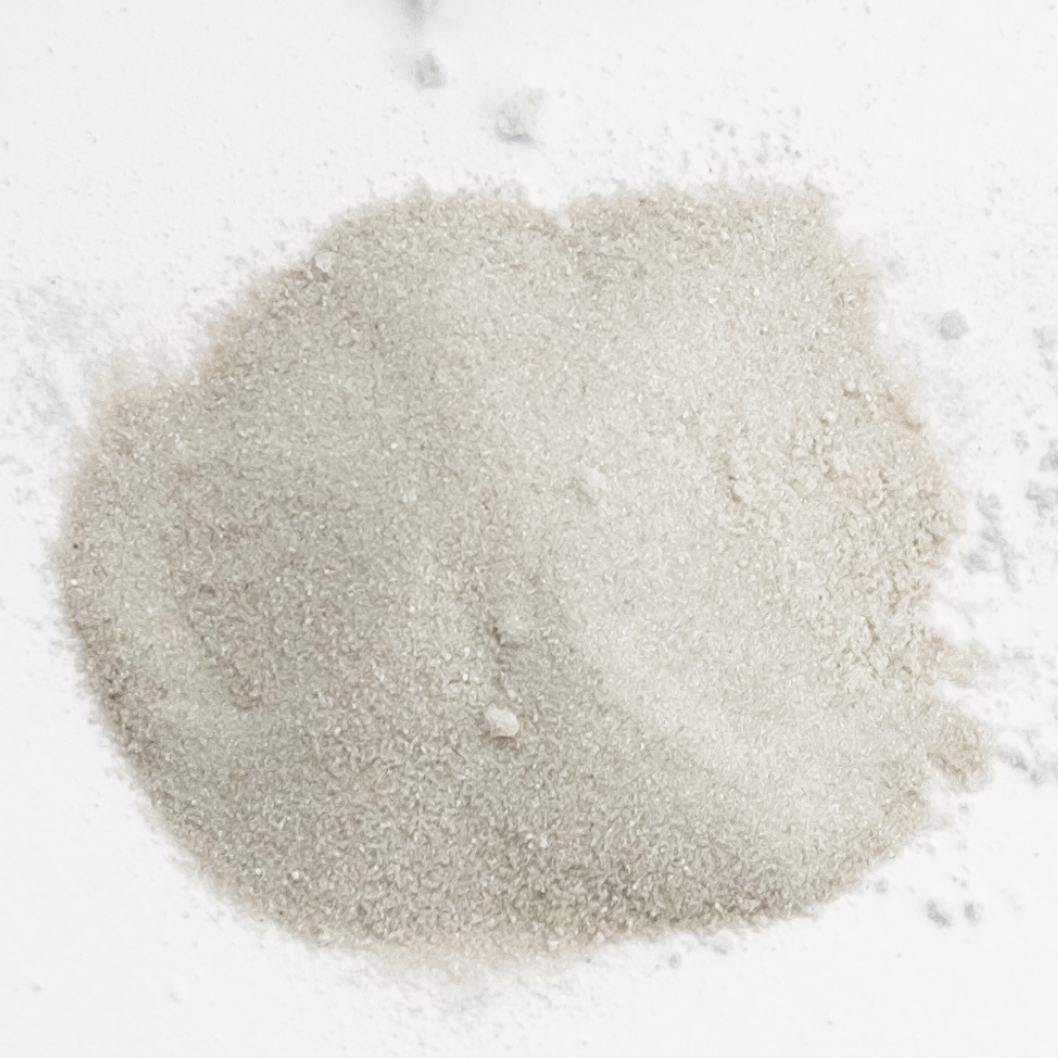 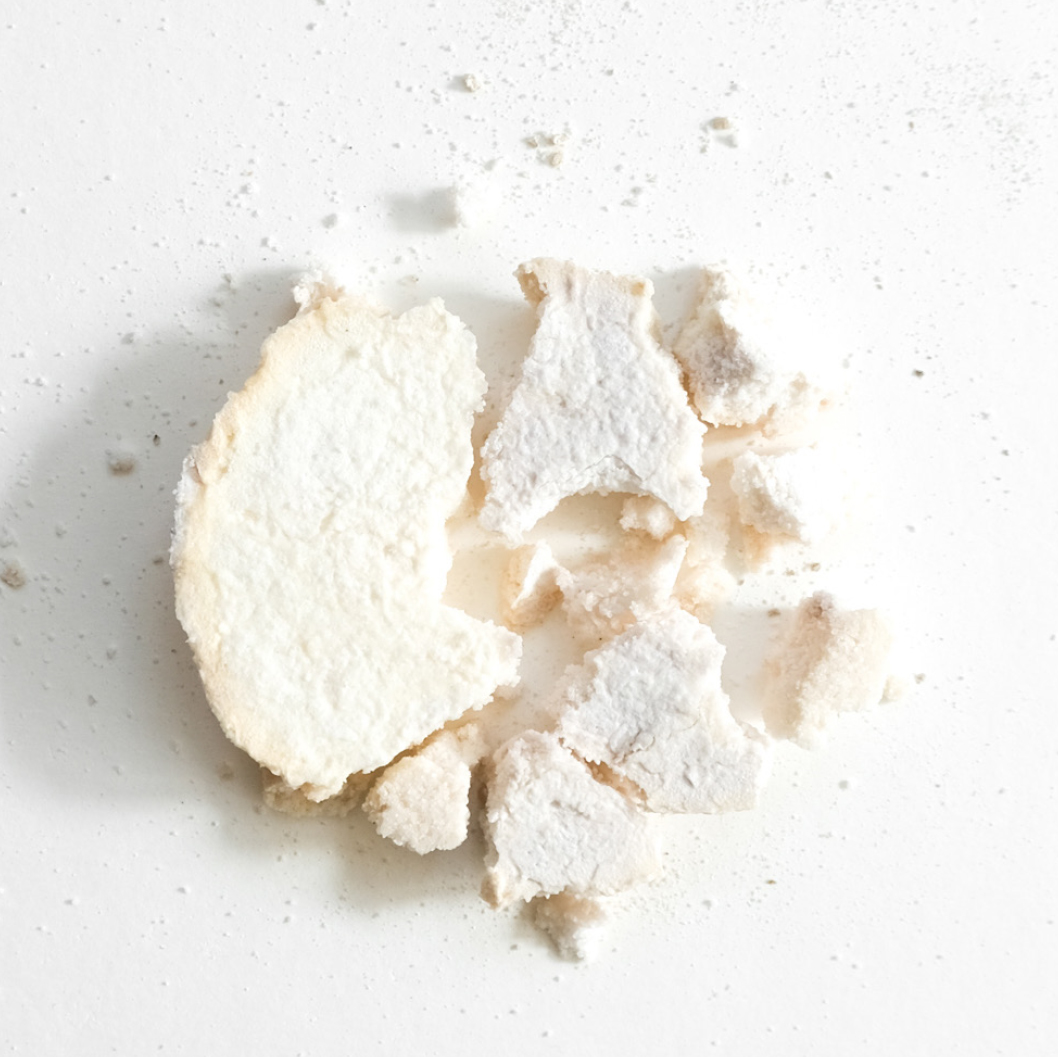 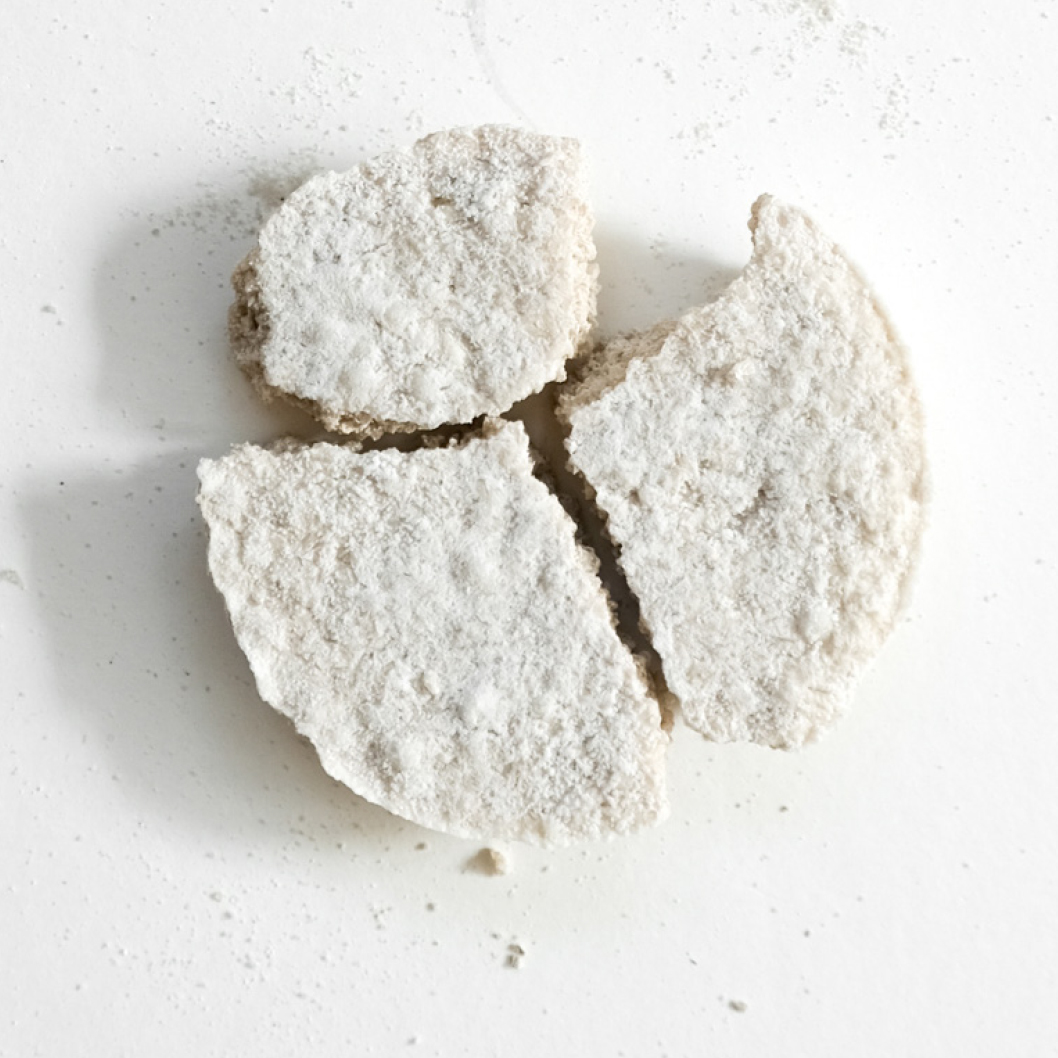 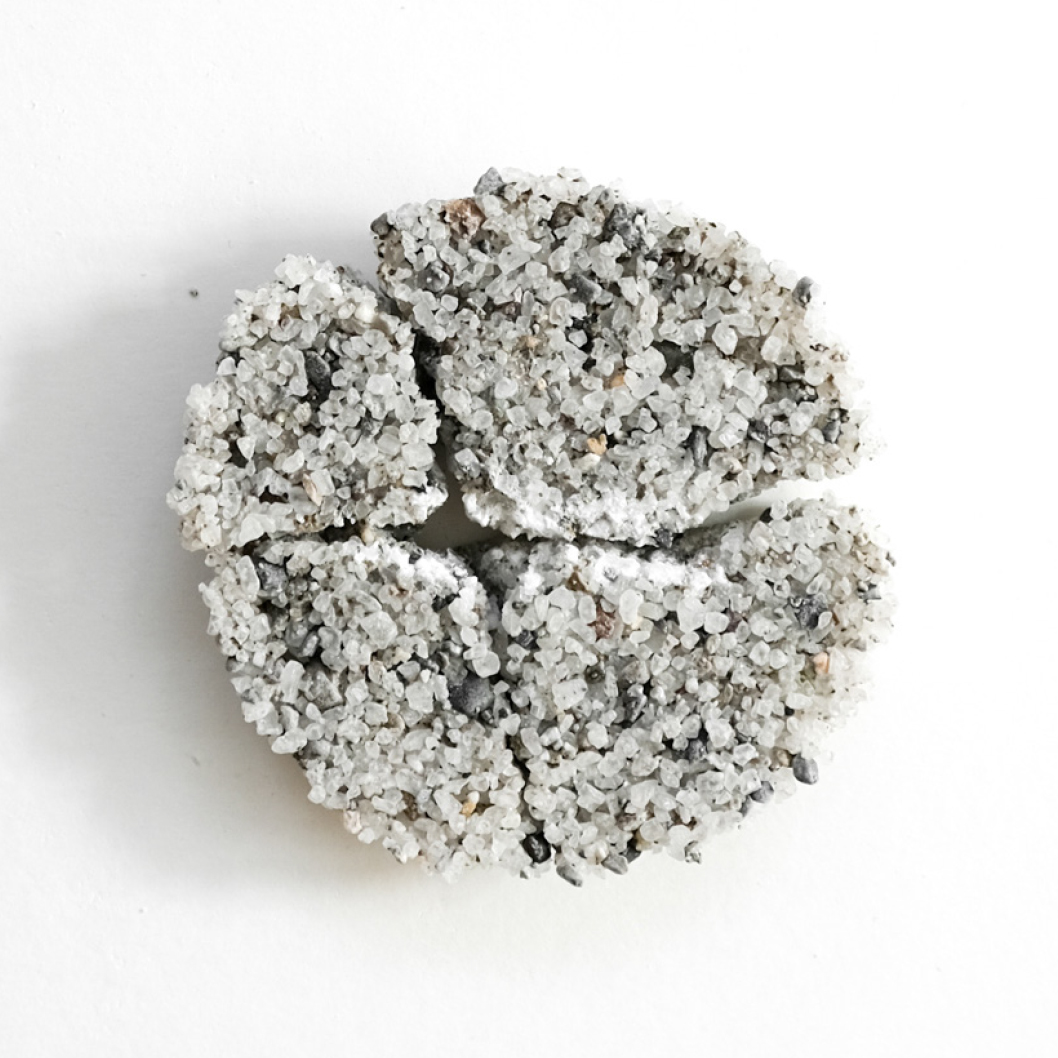 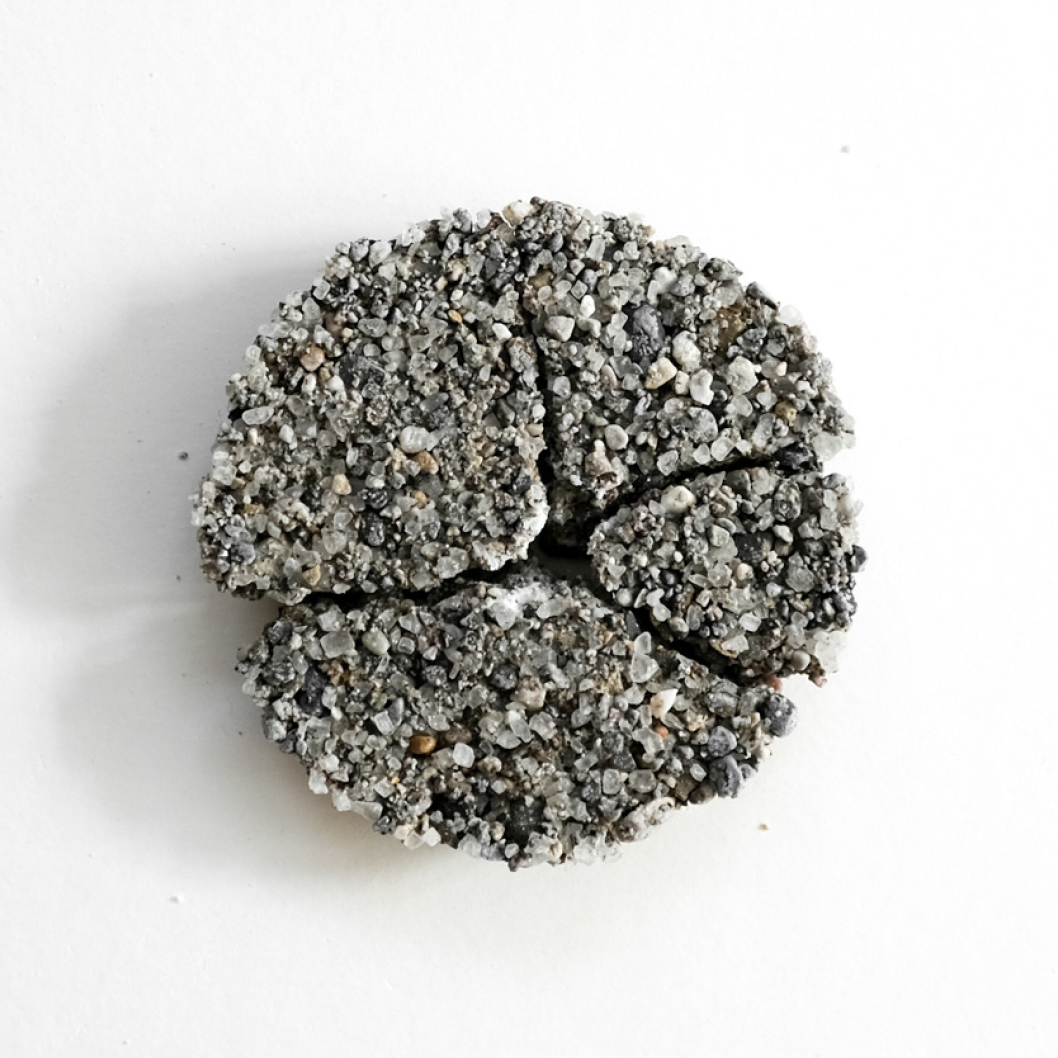 The aim of the material development phase was to develop a stable, load bearing material that can be used for building structures and at the same time can be easily dissolved into its raw materials either by natural decomposition or rapidly with water. We started to experiment with material samples which were taken from Riburg Saline and Stadel quarry.
‍
The experiments were conducted with a variety of natural binders and were successful, promising a new and thought provoking material character. As a result of the reaction between dissolved salt and corn based natural binders in combination with sand as an aggregate, we achieved a hard material which, after drying, is load bearing and can be put under considerable compressive stress.
Laboratory tests were carried out in EMPA (Swiss Federal Laboratories for Material Science and Technology) to determine the compressive strength. The result is an important reference for being able to compare the material with other materials and to further develop it as a building material.
‍
The initial compressive strength test proves the load-bearing capacity for the developed material and is around 15.6 MPa (mega pascal), which makes it a structural material (As a reference, a family house can be built with a material has the compressive strength around 3-4 MPa). 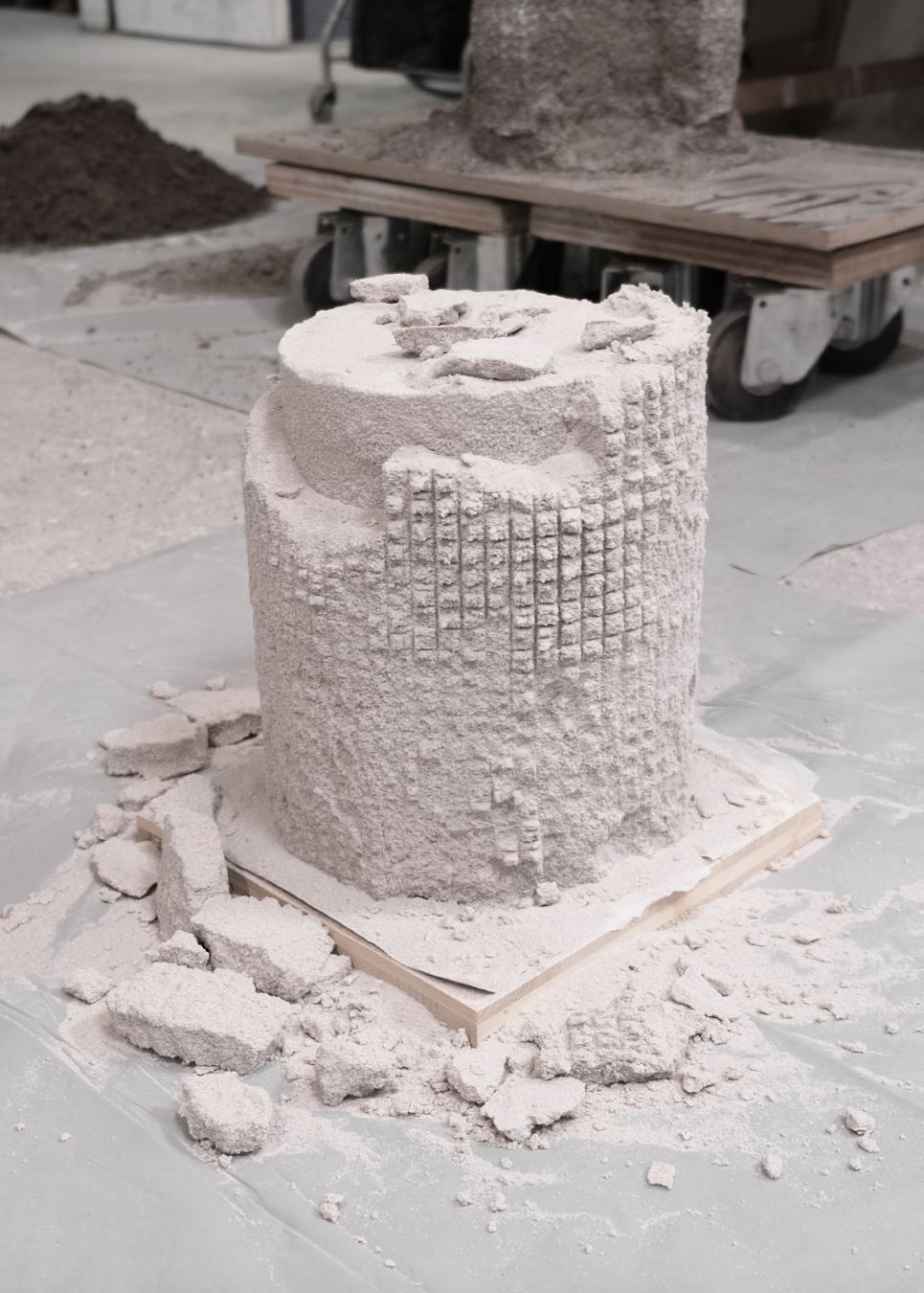 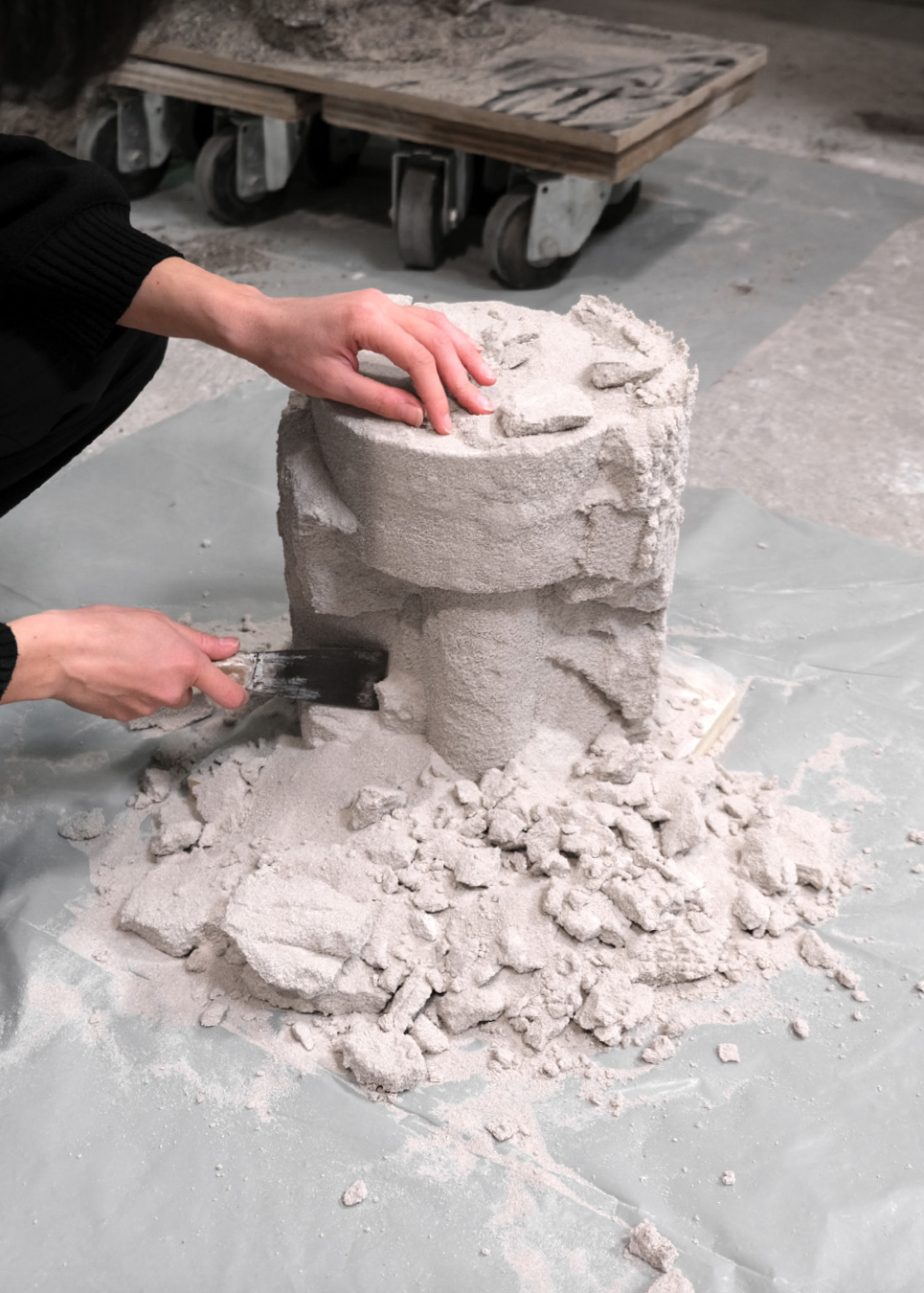 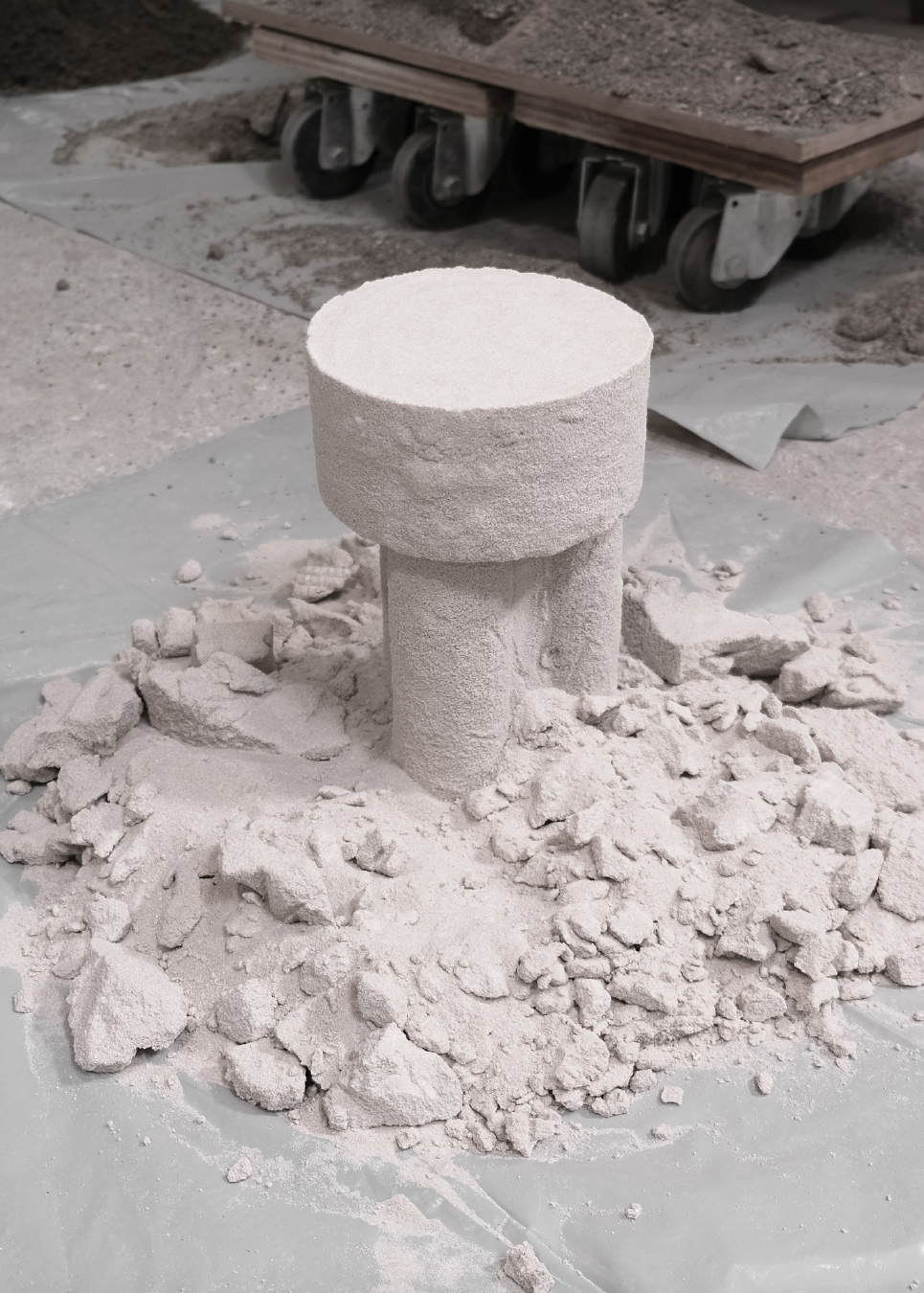 Sand casting is traditionally used for casting metals by craftsmen and is not used in many other applications. Humid sand is poured into the mould so that it can cover the object. After that the object is removed and the material mixture is poured into the negative space which was created by removing the object. Poured mixture will join with the mould surface due to using the same material for casting and moulding. As a consequence of this merge, each casting produces unique and accidentally transformed results. The moulded form can be dried under the direct sun or in an oven in low temperatures. After the drying process, dry sand can be removed and the object is excavated.
‍
Using moist sand as a mould gave us flexibility regarding form and size; and we were able to achieve the desired vertical structures. Positive forms can be broken down into parts and moulds can be built layer by layer similar to other additive manufacturing techniques. This additive ability enables the possibility to manufacture cantilever forms, which are not possible to build with traditional sand casting methods (the positive object must be removed from the mould sand as one piece in traditional casting).
‍
The other advantage of this method is the possibility to create different surface impressions by adjusting the humidity and density of the mould sand. The raw aesthetics of the material itself can be represented by casting salt and sand mixture into sand. 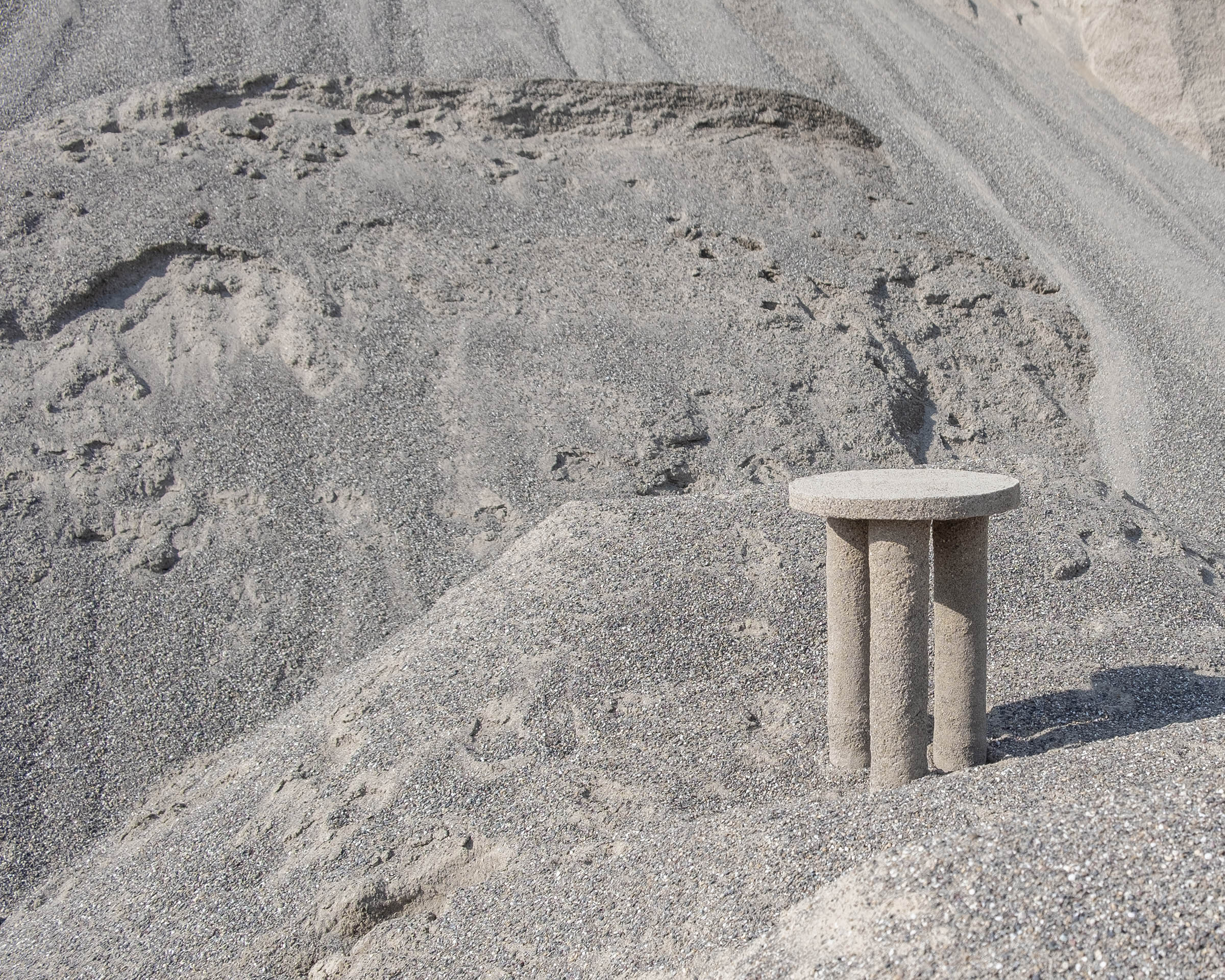 The forms which can depict the functional aspect in the most simple manner and exhibit the tactile attraction of the material have been designed. However, the material mixture can be used to create smooth and rough surfaces depending on the building method, rectangular or rounded shapes and massive or hollow structures.

Kunstgisserei St. Gallen workshops were visited to build the first 1:1 prototypes in the early March 2021. Introductory shapes to show possibilities with the material were build successfully. 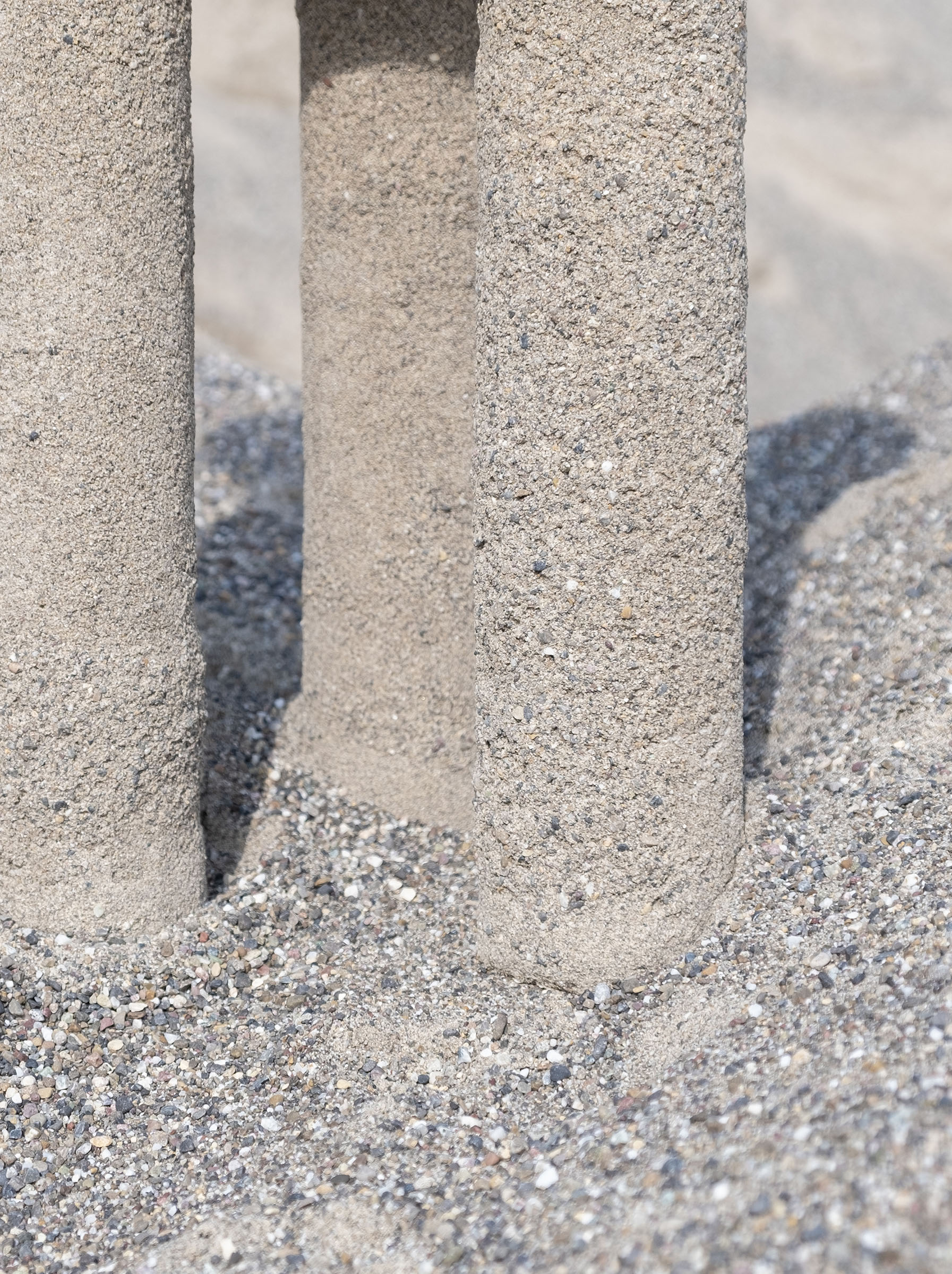 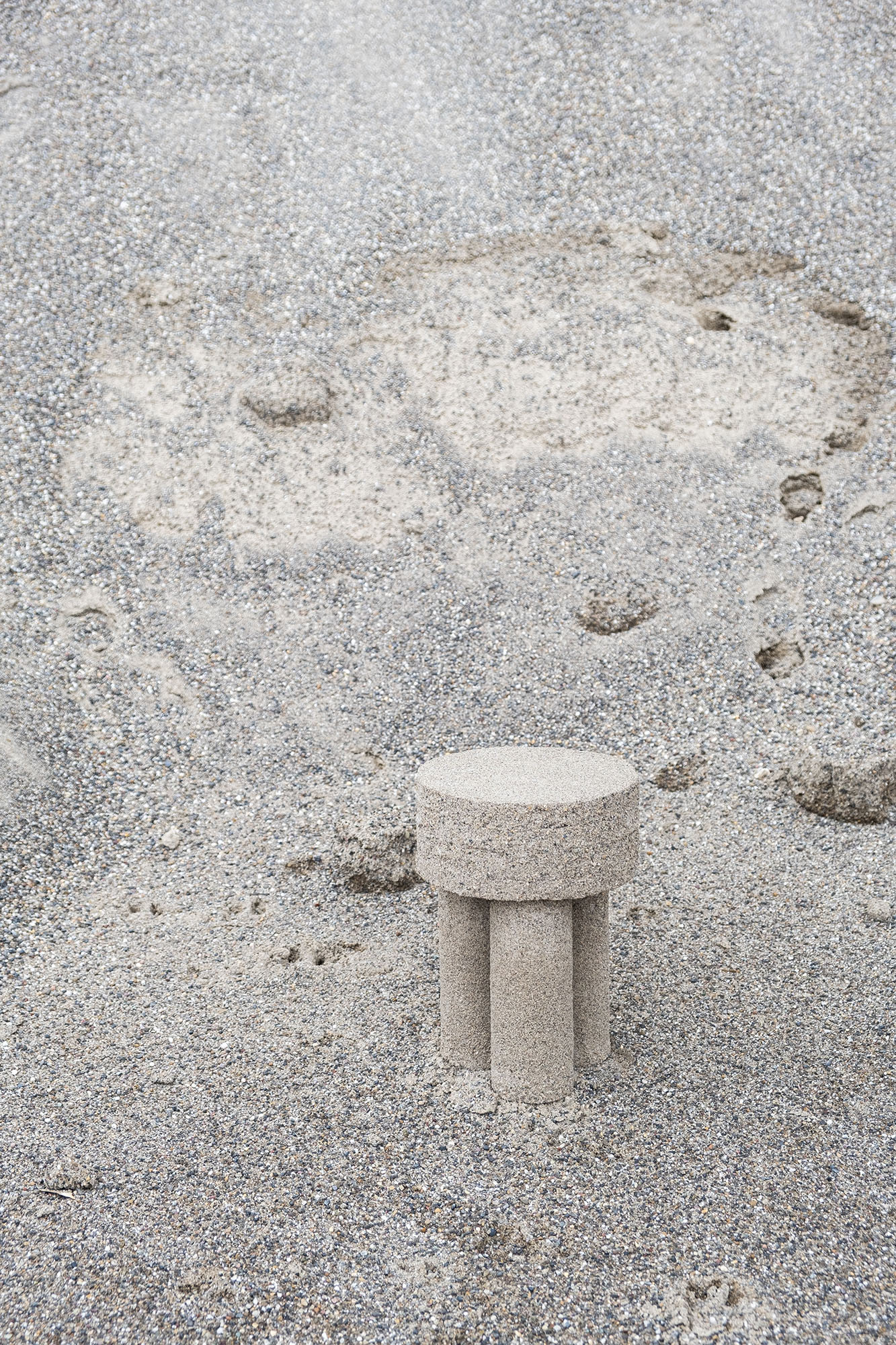