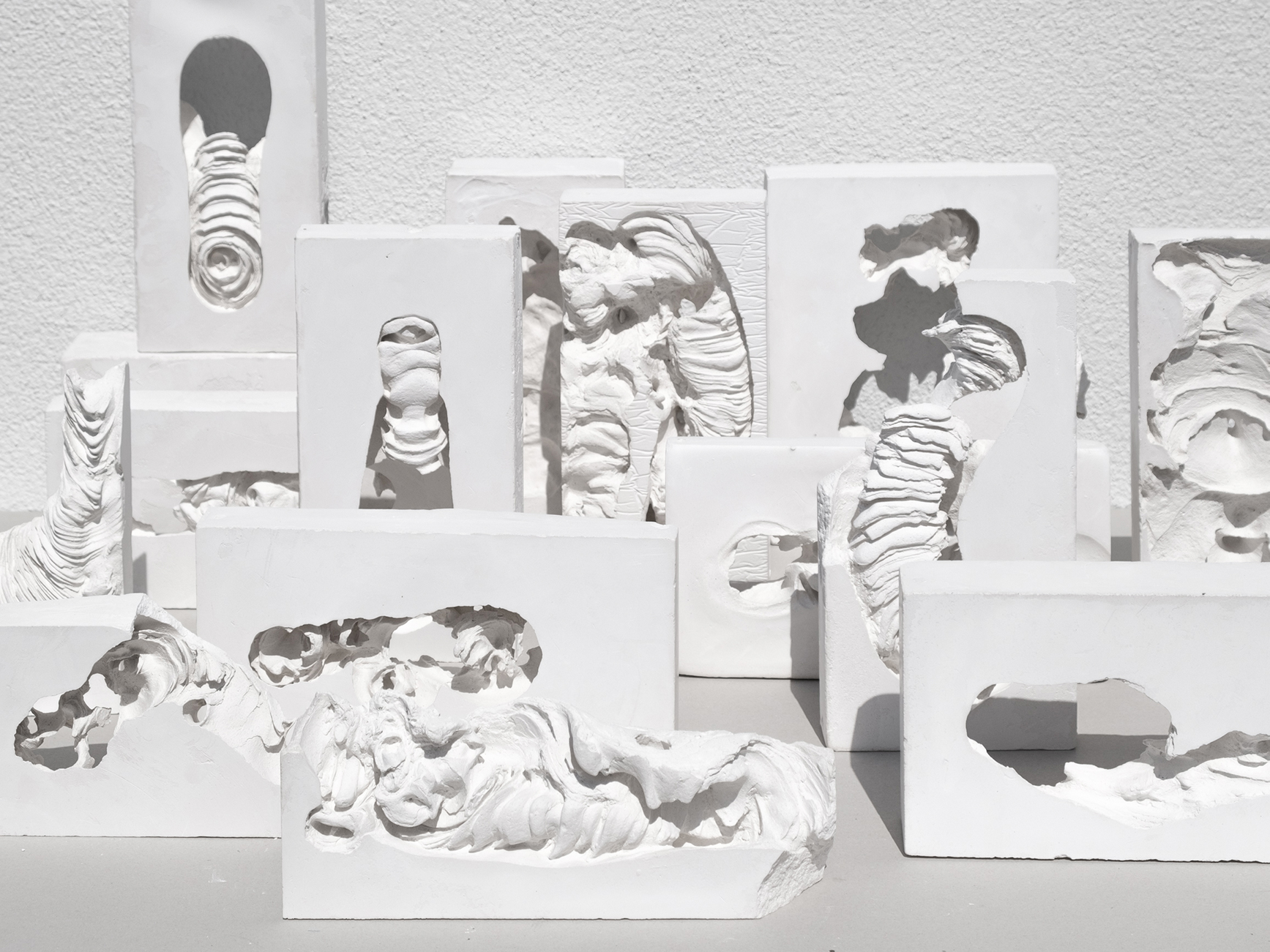 
Photo below was taken in Fixit gypsum quarry in Nidwalden, Switzerland.
Gypsum Act is a process oriented material investigation into material properties and fabrication process of gypsum. An experimental way of shaping the material has been studied and as a result, empty space of the moving liquid gypsum is revealed. The form evolves out of the specific conditions and capabilities of gypsum, with contributions from the law of chance. 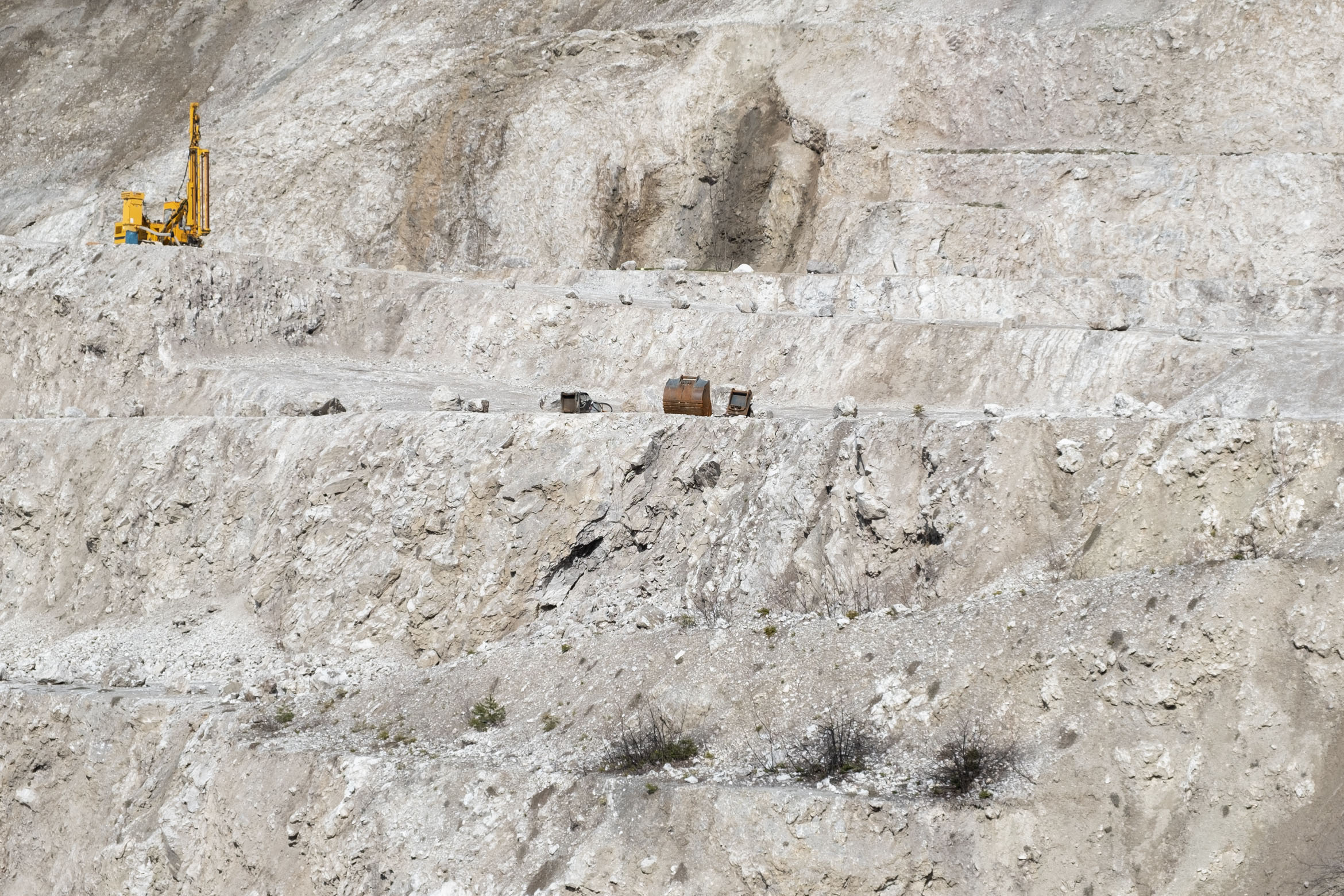 Gypsum stone is a common mineral and naturally occurs as calcium sulphate containing crystallised water. Switzerland has rich gypsum deposits and it is one of the most important stones which was created as a result of the evaporation of a prehistoric sea. The largest gypsum resources are found in the Triassic deposits of the Jura region within the layer of shell limestone. Some of the noteworthy gypsum mines are in Bex, Granges, Leissungen and Kerns/Melbach. The quarries are open-pit mines and the gypsum is extracted in terraces with a wall height of around 10-15 m.
‍
After the extraction, gypsum stone is fired in rotary kilns. In the process, the water of crystallisation is partially or completely removed from the gypsum stone. At temperatures around 150 °C raw gypsum is formed, which still contains small amounts of bound water.
‍
First uses of gypsum date back to 7000 BC in Catal Hoyuk where it was used for painting frescoes on. Later it was used in its natural form for sculptures and building blocks, as well as plaster and in the mortar. In the 19th century, gypsum was scientifically studied and new properties of the material was discovered due to different firing temperatures in the fabrication process.
‍
Hydrated gypsum fractions can be dried out by heating, therefore recycling process of cured gypsum is fairly simple. However, the gypsum debris should not contain high level of supplements to ensure the quality. The required energy level to recycle gypsum is comparatively low since the material only has to be broken up and ground as it is in the primary production. 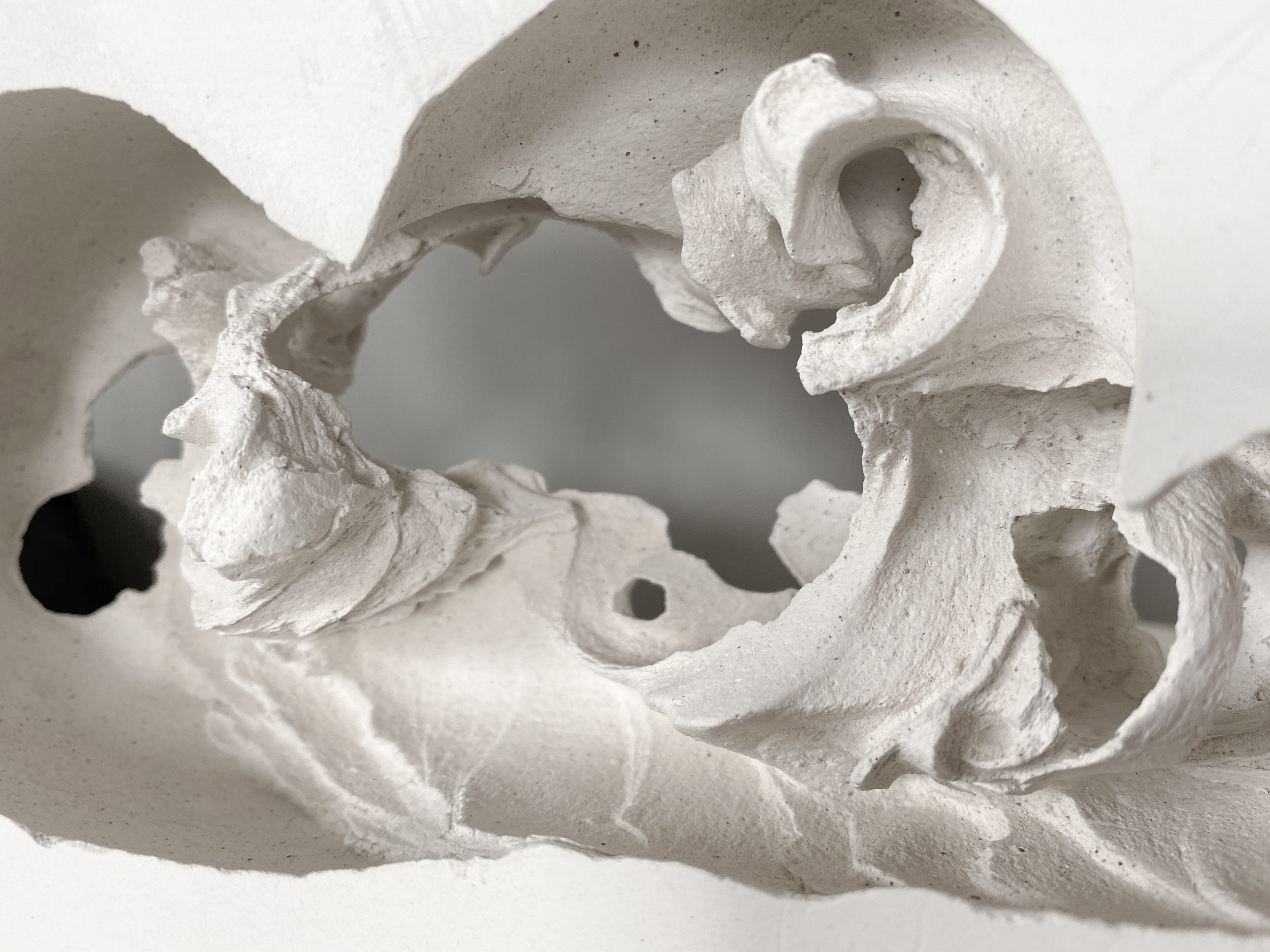 The gypsum preparation is a very easy process which only requires mixing the gypsum powder with water. As a result of the exothermic reaction between gypsum and water, the liquid gypsum paste hardens.
‍
Added natural substances and different firing temperatures during the fabrication process affect the material properties of gypsum. The same material can have slightly different curing time, structure, colour and consistency. It was experimented with different types of gypsum by using those different qualities to find an expression unique to the material.
‍
Two types of gypsum with different curing times are separately mixed with water and poured together in a mould. After one type is cured, the still-liquid one is washed away. As a result, the empty space of the washed away gypsum can be seen. This empty space represents the clash of the two liquid substances and their movements when they collide.

The material can be shaped by itself and this leads to accidental and each time unique results. The process can be manipulated by changing the parameters of pouring height, splashing gesture and mixture consistency. 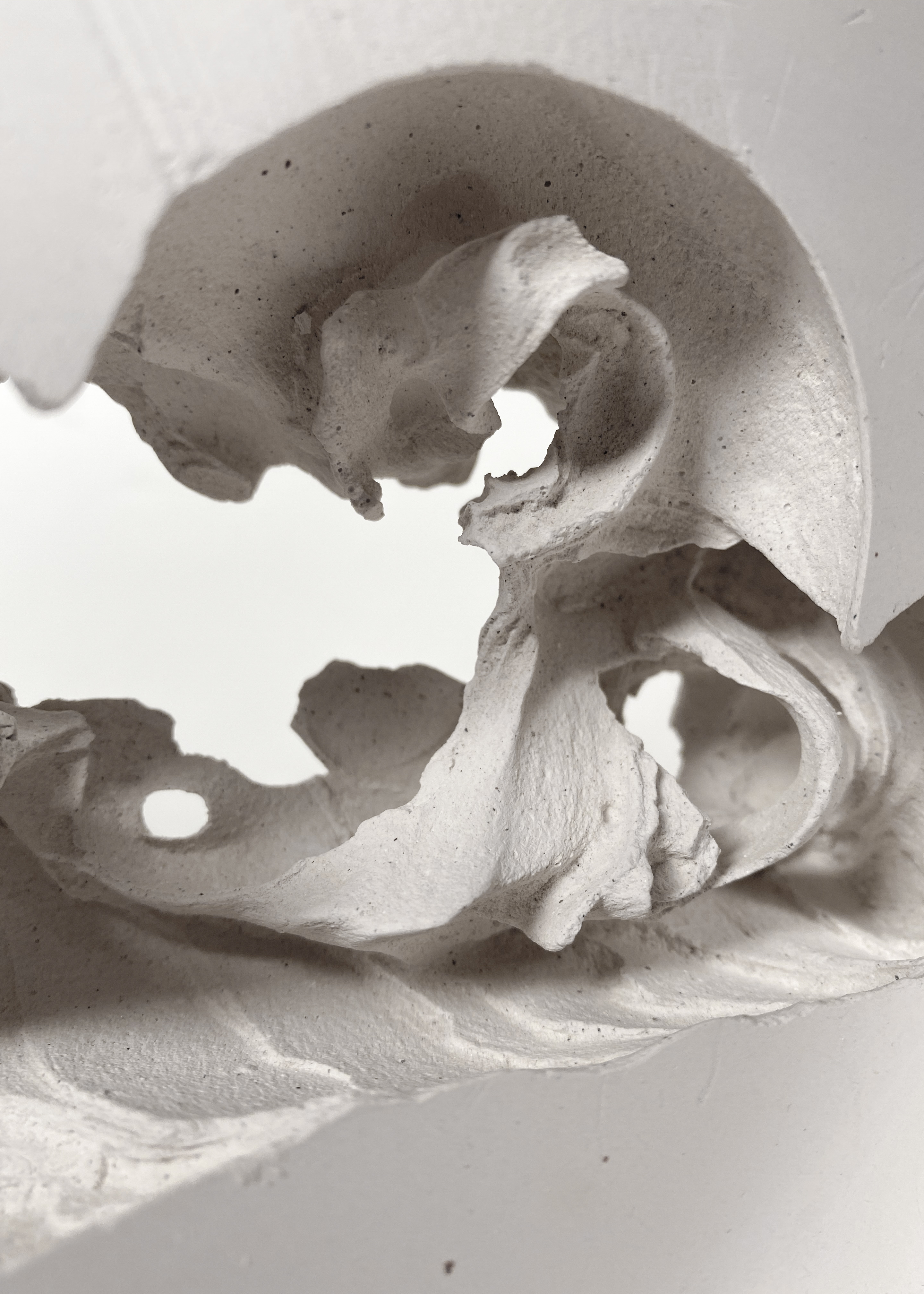 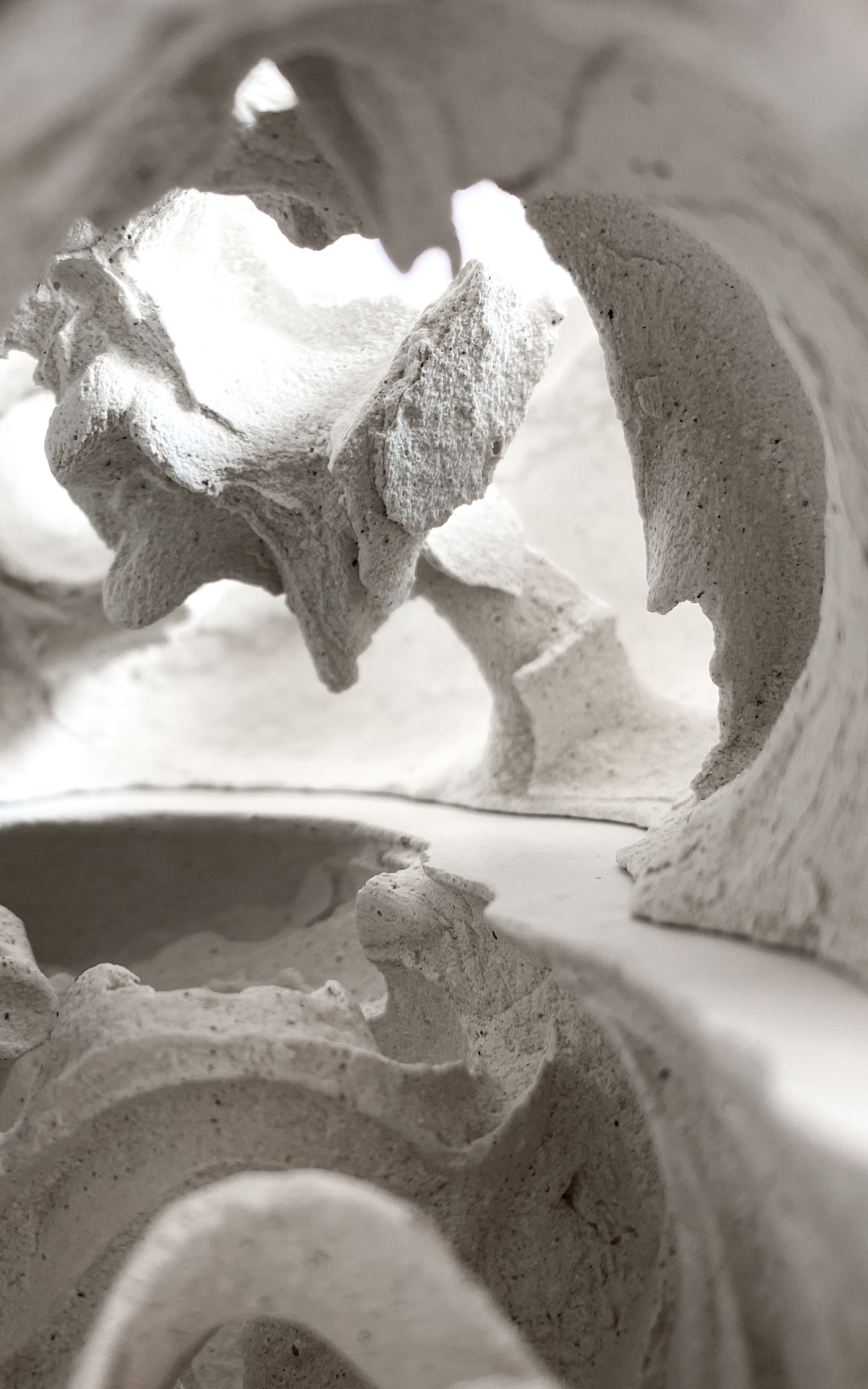 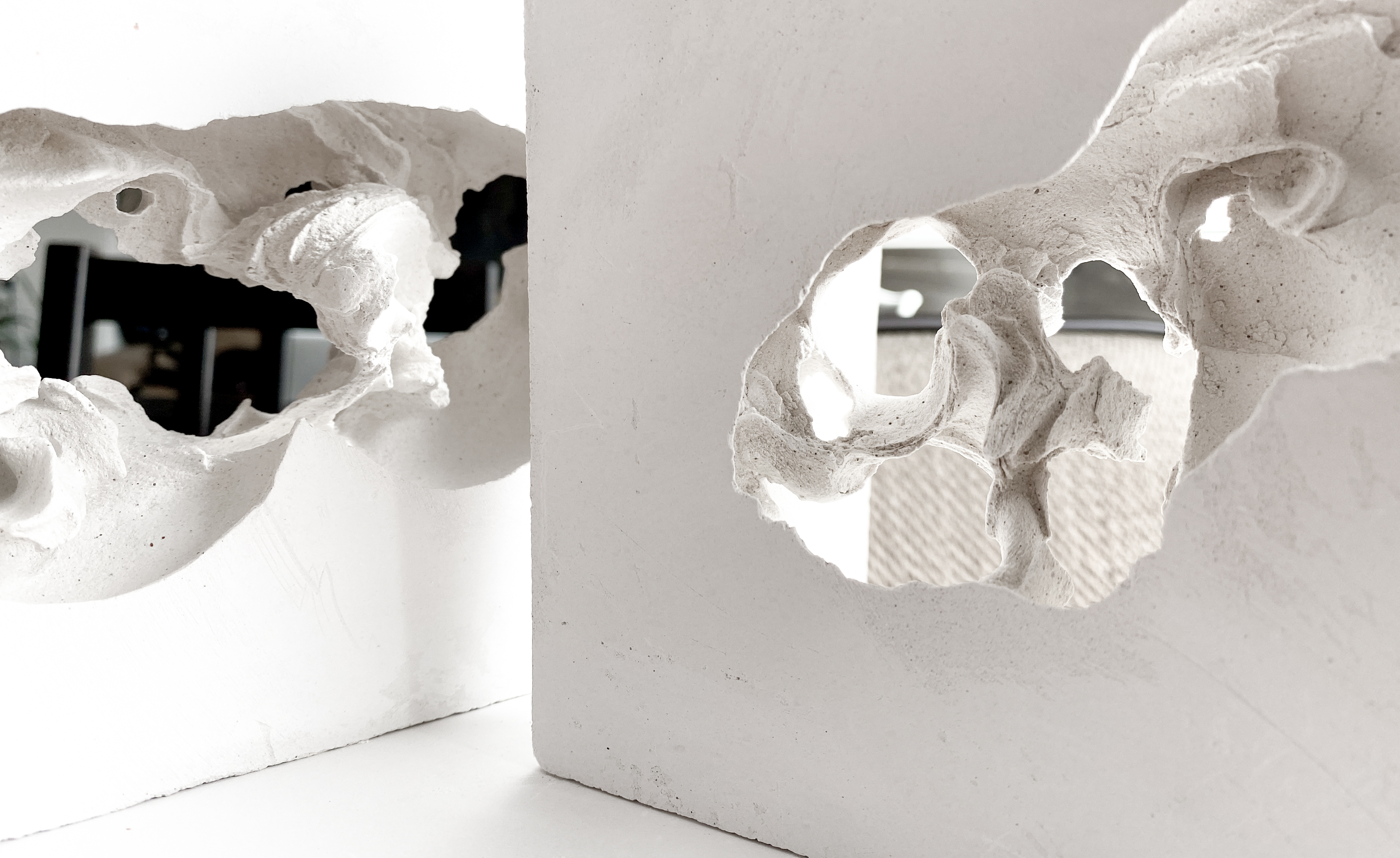 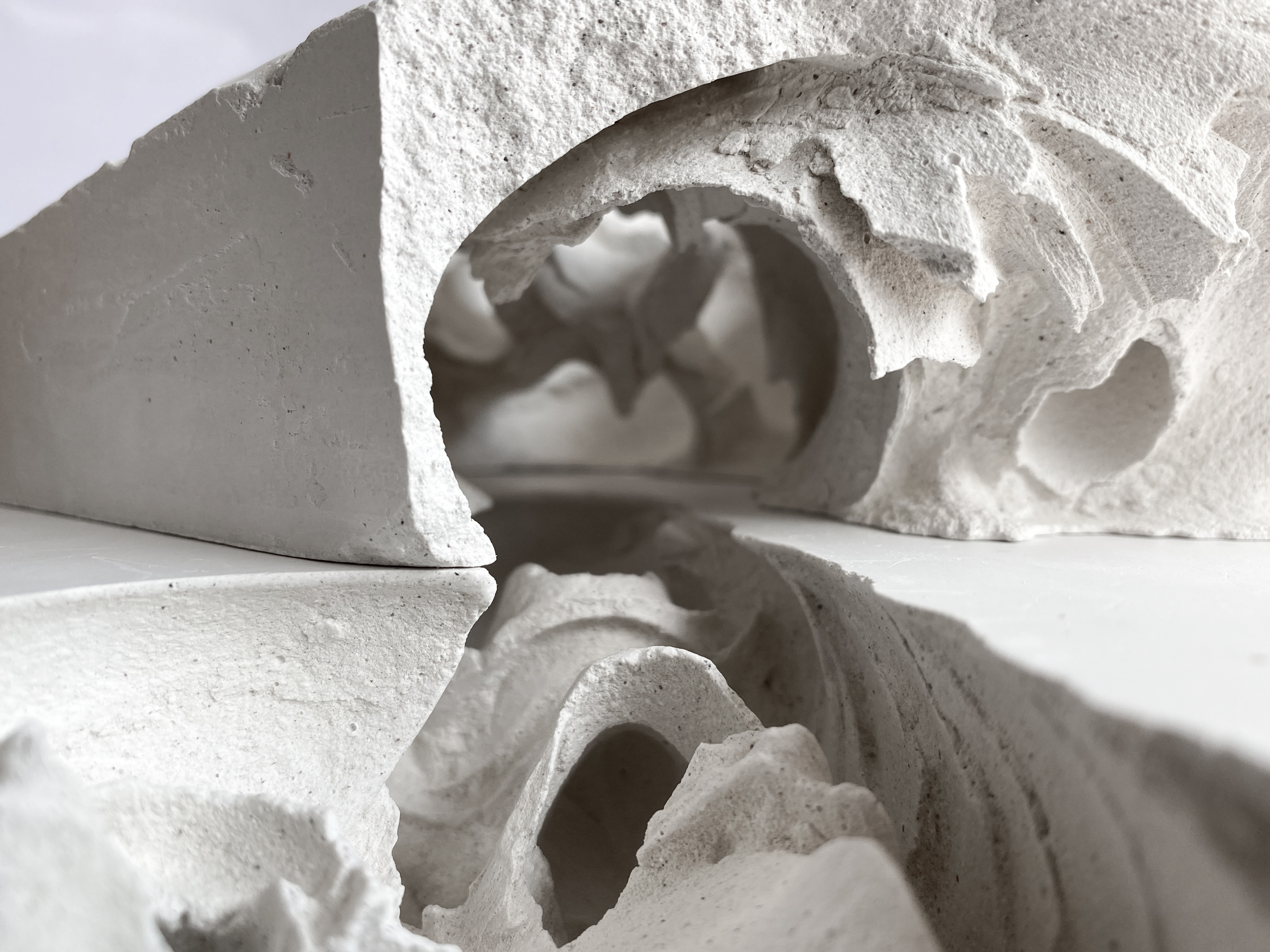